Fishing in the Maldives is probably a top 3 bucket lister for every angler in the world. Whether you like popping, jigging, trolling or fly fishing, the Maldives offer...
Read more..

Fishing in the Maldives is probably a top 3 bucket lister for every angler in the world. Whether you like popping, jigging, trolling or fly fishing, the Maldives offer fantastic fishing for Giant Trevally, Bluefin Trevally, Barracuda, Napoleon Wrasse, Dogtooth Tuna, Marlin, Tuna, Sailfish and Wahoo.

Known for their overwater bungalows and luxury hotels, the Maldives are a luxury gateway. The crystal-clear waters are teaming with underwater life and rows of palm trees decorate the white sandy beaches.

the Situated in the Indian Ocean, the archipelago consists of 26 atolls in a territory that spans over almost 300 square kilometers. 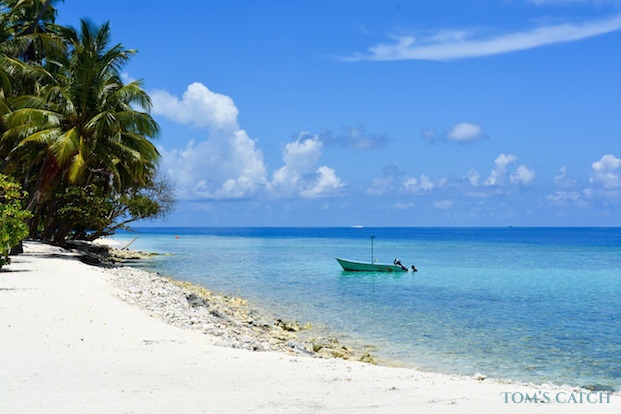 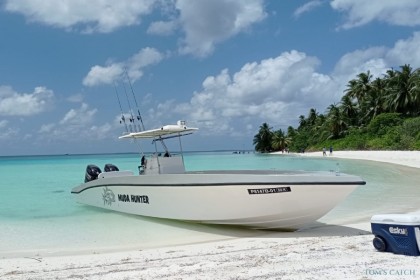 From 539,04 €
We recommend
Updated availability

The waters of the Maldives have a vast diversity and variety of aquatic life. Apart from the tourism, fishing in the Maldives is on of the primary economic industries in the country. The lagoons, the coral reefs and the ocean around the archipelago are home to many exciting fish species.

Reef fishing in the Maldives with cut bait can produce all kind of tropical bottom fish. Around the atolls and the coral reefs you can target grouper, snapper, jack, shark and sea bream for example.

The archipelago lies on a vulcanic ridge that is orientated roughly from north to south. Sailing west and east the seafloor drops to deep areas, home to pelagic fish. Big game species such as blue marlin, black marlin, sailfish, wahoo, yellowfin tuna and skipjack pray on forage fish in the open ocean. Trolling is the most common offshore fishing technique in the Maldives.

Jigging & popping in the Maldives are probably the most spectacular techniques. Giant trevally, bluefin trevally, queenfish and rainbow runner will take poppers over the reefs. Large jigs are also used to target them in deeper areas, near dropoffs for example. Here, you can also hook dogtooth tuna, yellowfin tuna, several tropical species of grouper, and humpback wrasse for example.

The Maldives are a unique fly fishing destination. There's nothing more exciting than wading the the flats looking for a fish that is in casting range. Depending on the species you're targeting, you'll need 8 or 9wt gear for smaller fish, bigger fish such as GT require 10 or 12wt gear. Make sure your reel holds enough backing (200-250 meters).

In the dry season, the north east monsoon causes currents from the north east and the visibility in hte water improves on the eastern side of the islands. During the dry season the water temperature rises to 30°C and the billfish prefer to pray on forage fish in deeper waters.

The wet season (May - November)

This is a good time to fish for yellowfin tuna and other pelagic fish get closer to the drop-off.

Reef fishing is pretty stable all year round. Grouper, snapper, barracuda, trevally and pompano can be caught throughout the year in the Maldives.

You don't need a fishing license for your fishing tour in the Maldives.