With its location in the western Indian Ocean, next to Mozambique, Madagascar is a true sport fishing paradise. Giant Trevally, Grouper, Jobfish, Sailfish, Dogtouth tuna are just a few exciting species that will attack the poppers & jigs.

Most fishing charters are located in Nosy Be, Nosy Mitsio and Antisiranana.

The wildlife in Madagascar is just staggering. The country is is full of national parks, rainforests, beaches, and animals you won’t find anywhere else. The biodiversity on this island is imense with roughly 200 000 known species like the lemurs, chameleons, frogs and birds, of which 150 000 are endemic. 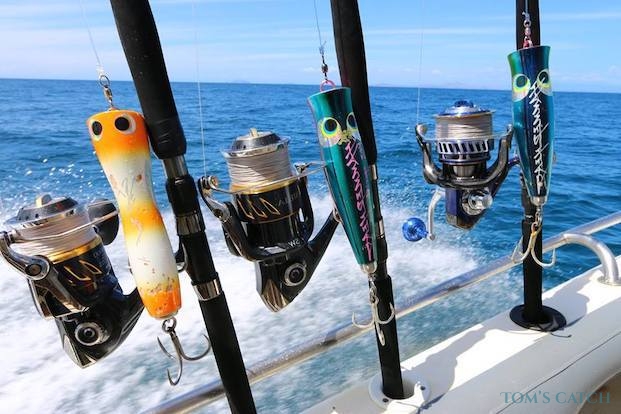 Tom recommends you these fishing boats in Madagascar 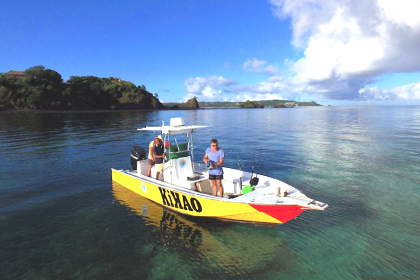 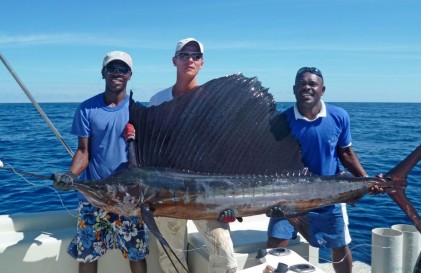 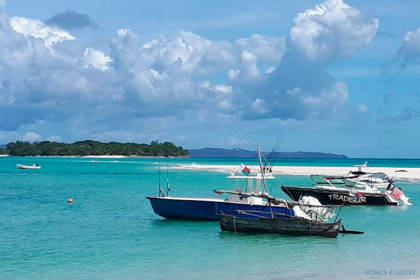 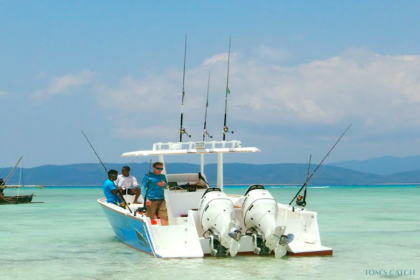 From 730,00 €
We recommend
Updated availability
See all Charters in Madagascar

Madagascar is, without a doubt, one of the top fishing destinations in the world. The main island and the surrounding archipelagos provide a wide variety of spots, each with their own unique species.

N°1 fish species for all jigging and popping lovers is the Giant Trevally also known as “GT”. This predator features impressive teeth that will destroy your lures. Extremely strong fish! The best time for GT fishing is from November to May, but you might want to avoid December, January & February for the risk of cyclones.

There is a large variety of groupers of all different colours and sizes found in Madagascar. Their habitat is the rocky areas and the reefs located all throughout the ocean floor around the island. They can be targeted via fishing techniques such as jigging or with bait.

The Humphead Wrasse is one of the unique and exciting fish species found in Madagascar. They are also one of the largest and can be found over 6ft in length on occasions. They are commonly fished for in the nearby reef and coral surrounding the island with crustaceans or other natural baits.

These beautiful fish are a spectacular catch because they put up an extremely strong fight. They’re one of the top sportfishing species in Madagascar. Slightly smaller than the bigeye or bluefin tuna, these fish are distinguished by their speed & strenth. They can be caught by artificial lures, especially jigs.

Some of the biggest marlins can be found when fishing the island of Mauritius, off the coast of Madagascar. They call the warm waters of the Pacific and Indian oceans home. Small tuna and live bait are best for trying to catch one of these prized silver and cobalt-blue fish. Be prepared for a hard and long fight, as the Blue Marlin can grow up to 14 feet long and easily be of 1,000 pounds.

These game fish are most often found around reefs, shipwrecks, or other areas with debris. In Madagascar, you can find them near the Radama Archipelago. They’re recognized by their dark green and black colouring, often with dark stripes. The amberjack is mighty and will put up a fight.

The snake-like fish known for its razor-sharp teeth is no stranger to the waters of Madagascar. You’ll find the Miocene barracuda near Nosy Makamby, a small island off the coast of northwestern Madagascar. A large surface lure is best for catching these fish, but be aware that they can do some real damage to the lures.

Sport fishing in Madagascar is possible all year round, but due to tropical depressions during the months of January, February & early March, the fishing can be pretty hard this time of the year. This is why normally Madagascar’s fishing season runs from March 15 to January 15. April to July is arguably the best time of year to drop your line, as you’ll find many more Marlin and Sailfish during this time. The best time for GT fishing is from November to May, but you might want to avoid December, January & February for the risk of cyclones.

Once the wet season subsides, the fishing season kicks into full gear. Fish like the Giant Trevally are popular from March to May.

Though popular year-round, the prime Blue Marlin season is from October to June. April to June still brings about a few showers, though it’s a beautiful time of year to visit with wildlife emerging after the raining winter months.

September through November are the best months to hook a Sailfish. Though they can be found year-round, the fall months tend to see larger populations of the prized catch.

Fishing in Madagascar is great in January and February, but the wet season is approaching. These are the least popular months to visit the island. February brings a higher risk of cyclones. It’s best to avoid during this time.

OUR USERS IN Madagascar

Madagascar is full of beaches, history, and wildlife. In the last 14 years, tourism has been on the rise. If calm, natural, and underrated beaches are your thing, then Madagascar is the place for you. Ranomafana National Park is a must-see and is home to the endangered golden baboon lemur. If you’re looking for somewhere historical to spend the day, the Royal Hill of Ambohimanga is one of the most sacred spots in the country. It was once home to Madagascar royalty and is hundreds of years old.

You’ll likely eat zebu meat while visiting, which is a local breed of cattle. Food is very heavily meat and rice-based and is absolutely delicious. There are lots of options for vegetarians as well, with a wide variety of noodle dishes.
Visas are required to visit Madagascar, and they can be obtained at all international airports. The fee depends on how long you plan to stay, and can only be paid in cash, so come prepared. You’ll also need proof of yellow fever vaccination to enter the country, though a passport photo is not required.

You need a fishing license to fish in fresh water and salt water. The fishing charters in Madagascar normally have the fishing license included in the price, so you don't need to buy one if you're chartering a boat.