You are here: Home › OUR BLOGGERS › 5 Great Tips for Inshore Light Tackle Trolling this Late Summer 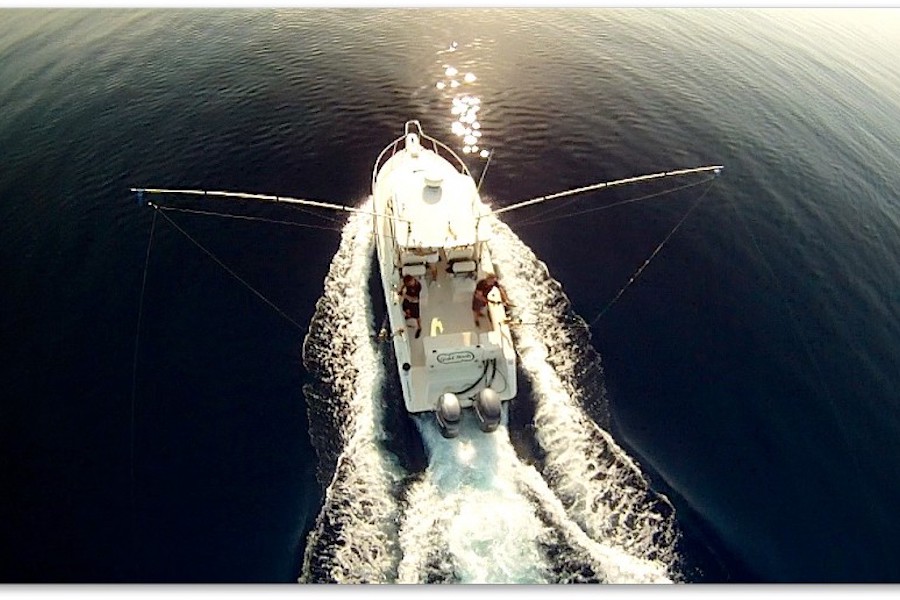 Inshore trolling in Sardinia with outriggers

Summer is coming to an and. At least that’s what people are saying. But in the French Riviera, Italy and Spain it’s still pretty hot! September and October are the best months for inshore trolling with light tackle. Fishing charters target smaller pelagic fish like bonito, frigate tuna and dorado only a couple miles from the port. Here are 5 great tips to improve your inshore fishing trips this late summer.

The best lures for inshore trolling

There are far more trolling lures available than we can possibly cover in one article. Most lures work good and produce fish. A very popular lure for inshore trolling is the skirted lures and feathers.

You can find one skirted lure on a rig or multiple skirted lures. The big advantage is that these lures can be trolled at high speed and will always work well. These lures are cheap and are easy to use. Of all the colours, we prefer white and blue skirted lures for inshore trolling.

Trolling lures or dead bait with dredges and/or teasers can be extremely successful. The truth is that more fish is raised to the boat with teasers and dredges.

It’s hard to beat swimming lures such as Magnum from Rapala, Yo-Zuri Minnow, the laser Pro from Halco or the Minnow from IMA for example. Lures of 6cm to 15cm are ideal to catch smaller pelagic fish in inshore waters of the Mediterranean Sea. Trolled behind the boat, usually they work in 1 – 2 meters of depth. 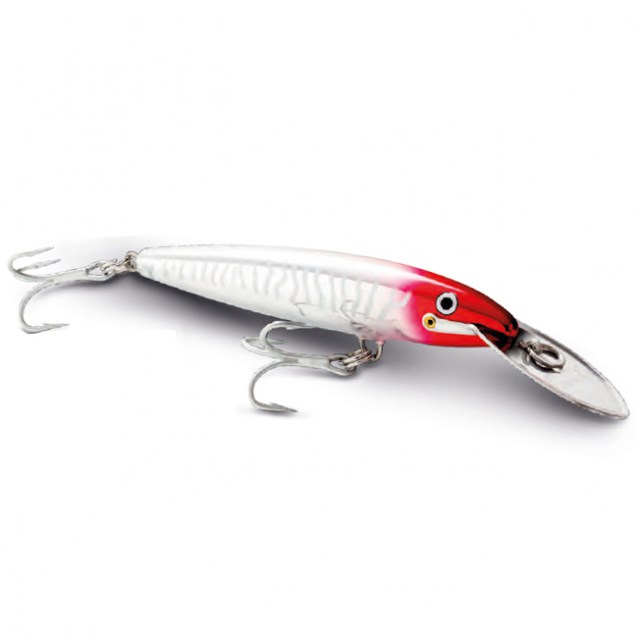 Lures are great, but sometimes the fish only want natural bait. Trolling natural bait requires a little more experience and skills – but the technique isn’t rocket science neither. It’s important the natural bait (dead or live bait) swims well, if it’s not rigged well the bait won’t work like it should and the fish won’t bite. But a well rigged barracuda or needle fish will be irresistible for a bluefish or leerfish! Usually natural bait has to be trolled more slowly that artificials (ballywoos mounted on skirted lures on the contrary are trolled pretty fast).

The trolling speed depends on many factors such as the sea conditions, the type of bait or lures used or the fish species your targeting. With calm seas, it’s recommendable to troll a little faster so the fish can’t see they’re being lured (4-5 knots). When the sea is a little choppy, you can troll slower (3-4 knots). Because there is less visibility for the fish you can slow down a little if you wish.

When inshore trolling with dead bait, captains prefer to troll slowly, so the bait works well. Fishing charters in the Ebro Delta use to use dead barracuda to target bluefish and leerfish They normally troll at around 3 knots. Although captain Albert speeds up if he sees the fish aren’t too hungry. “When they follow the bait but they don’t attack it, I go faster and faster. One day in the area of Port Olimpic in Barcelona I had the most attacks trolling at 6-7 knots with the dead barracuda bouncing on the surface!”

Pelagic species such as bonito, frigate tuna, little tunny and dorado love speed. Skirted lures and swimmer lures like the Laser Pro from Halco can be trolled at 6 or 7 knots. 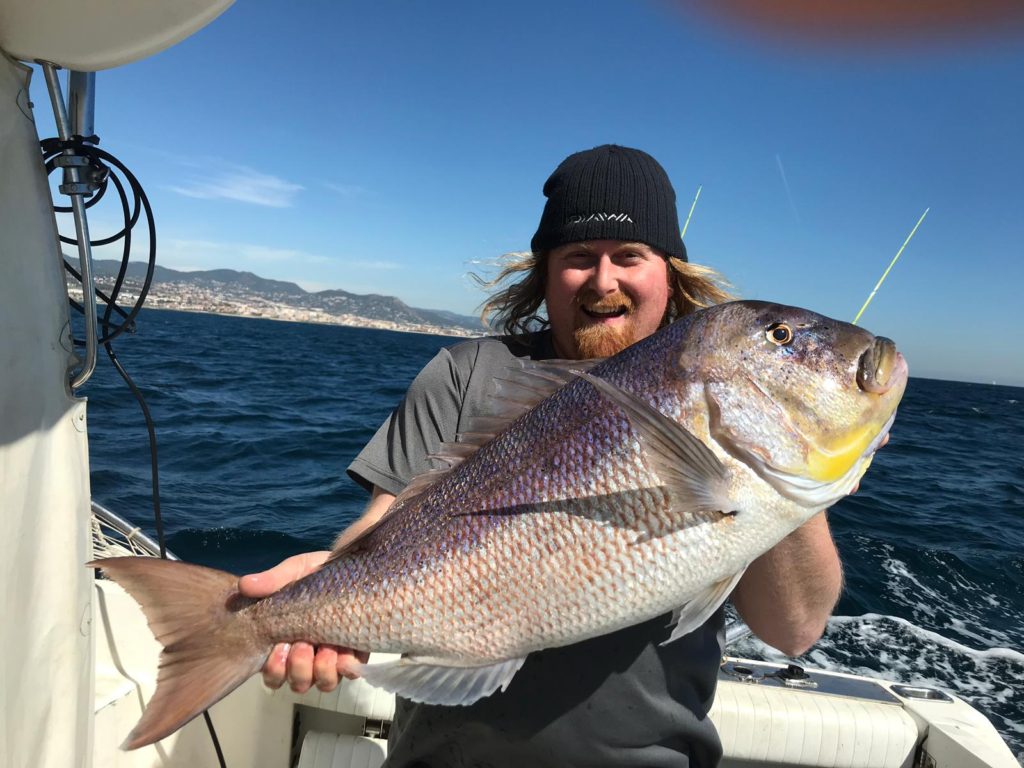 Capt. Albert with a Dentex caught in Barcelona

Inshore light tackle trolling can be done as soon as you leave the port. Depending on the depths and the type of bottom you’ll catch different species. Close to outlets, ports and the beaches you can expect bluefish, leerfish and seabass. These species like waters of 3 to 15 meters deep.

A little further from the port, in waters of 30 meters to 80 meters fish such as bonito, frigate tuna, little tunny (also know as false albacore), dorado (or mahi mahi), bluefin tuna, etc may attack the lures.

What species are biting? 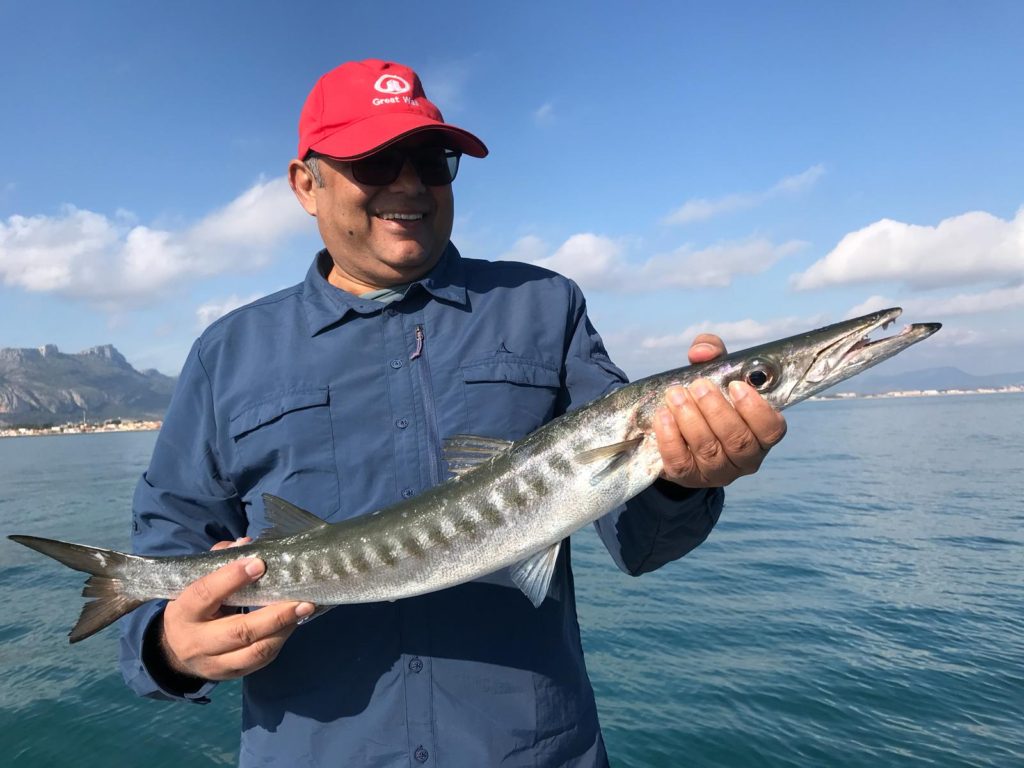 The ideal fishing rods for light tackle trolling are short (1,6m tot 2,1m long). The 15lb to 30lb rods will provide great action and you’ll be able to enjoy every fish. The rods should be rigid enough to be able to set the hook, but not too rigid because we want to feel the fish when we reel it in. A nice reel with a 35lb – 40lb would be ideal.

Shimano TLD (15 o 20lb), Okuma Solterra, Penn, Avet o Daiwa. We lov the Shimano Talica II 12 Lbs. Other great reels are Penn Slammer or the classic Daiwa GS-9. The Shimano Stella SW or Daiwa Saltiga are made with the finest Japanese technology and materials. They are

For trolling we recommend nylon lines of 35lb to 50lb. Braided lines are also possible, but when these get tangled into each other, it’s very hard to get them untangled. To increase your chances, use a fluorocarbon leader: these aren’t as visible to the fish as the normal nylon lines. 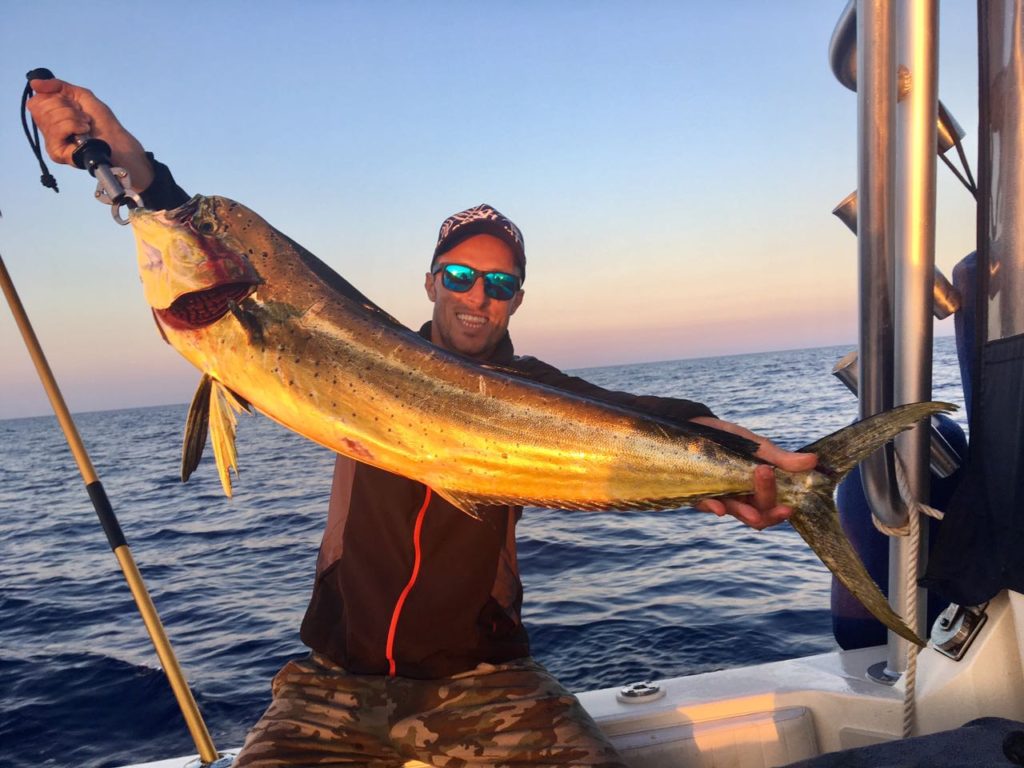