You are here: Home › OUR BLOGGERS › Fish Species of the Month: Bluefin Tuna

Simply mentioning the fish species bluefin tuna in a sentence is usually enough to get most game and sport fishing enthusiasts excited and eager to talk. They are an exciting fish to catch and have had an interesting and close relationship with humans for over 5,000 years now. This is due to the Japanese fisherman’s interest in them for local favourite dishes such as sushi and sashimi. Also Romans and Greeks where fascinated by this fish. Even as far back as the stone age era, there has been an indication of interaction between fisherman and bluefin tuna species. 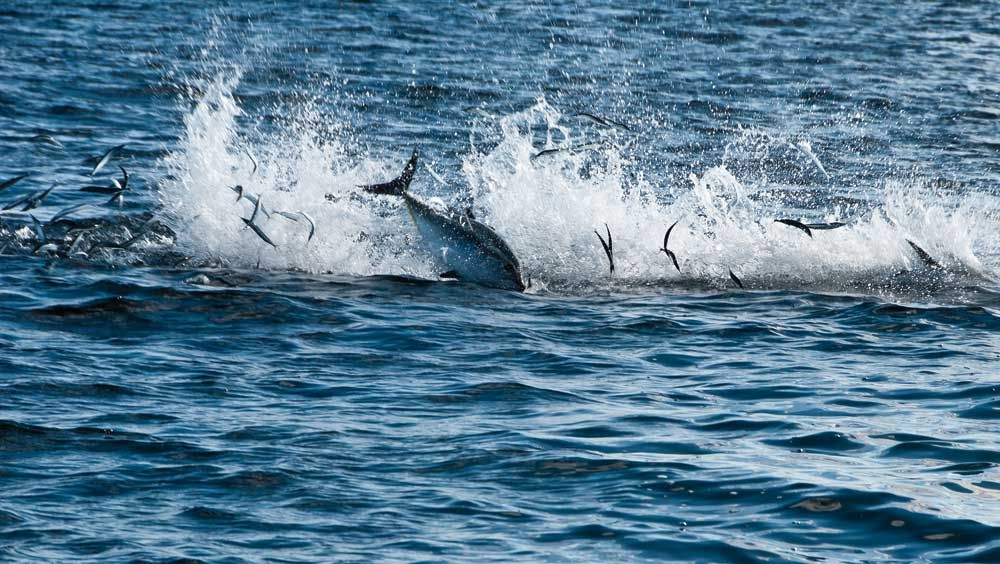 The bluefin tuna is regarded as one of the most attractive fish species found in the ocean and this is due to their unique missile type shape and beautifully sleek body colours. The colour of their body actually changes from top to bottom and this is to enable them to travel undetected to predators from both above them and below. On the top half of their body, their colour is a metal blue while underneath it is a white/silver colour. The bluefin tuna is also commonly referred to as being one of the fastest and also largest fish species found in our waterways.

As mentioned above the bluefin tuna is one of the largest fish found in the ocean on the planet. An adult tuna of this species is found on average to be both an impressive and intimidating 6-7 feet in length and a staggering 600 pounds (270kg) in weight. Is, of course, is an average size and larger species are reportedly caught every year on regular occasions.

The one unique item that makes the bluefin tuna a little more special compared to other fish species is the fact they are known to be warm-blooded. This is a highly unusual thing for any fish and something that enables the location they are found in to be quite varied. In fact, this species is one of the most active fish found in the ocean and have been monitored traveling huge distances each year.

They prefer to spawn each year in warm waterways such as the Mediterranean Sea (especially around the Balearic Islands), which is why fishing in destinations such as Blanes, Barcelona, the Ebro Delta, Valencia, Alicante, Mallorca and even Portugal is so good each and every year. Early spring tuna travel from the Atlantic Ocean, passing the Canary Islands and Madeira for example, and head to the Mediterranean Sea. We were actually having great reports of huge bluefin tuna being caught off the Canary Islands just last month. Tuna reach the coasts of Africa and Europe and then follow these towards the Gibraltar Straits. On their way to the Straits, they pass famous tuna fishing villages such as Barbate, Sahara de los Atunes and Tarifa in the province of Cadiz. These villages have over thousand years of tuna fishing history; still today, bluefin tuna are caught in almadraba: an elaborate and age-old Phoenician technique for trapping bluefins with nets. 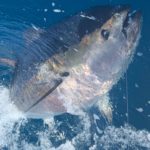 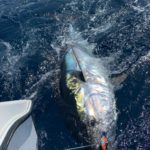 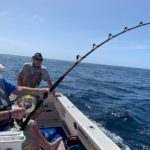 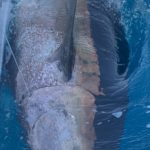 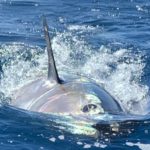 Besides Spain, France and Italy also had this intense relationship with the bluefin tuna through the centuries. The traditional tuna fishing called La Mattanza was done in Sicily (Trapani or Favignana for example) and in Sardinia (Sant’Antioco, Carloforte). It’s speaks for itself that these are great places for big game fishing for tuna between April and September. Until the end of the 20th century, tuna have also been caught in french villages such as Saint-Tropez and Marseille. Croatia, Morocco, Tunisia are other great tuna fishing places. 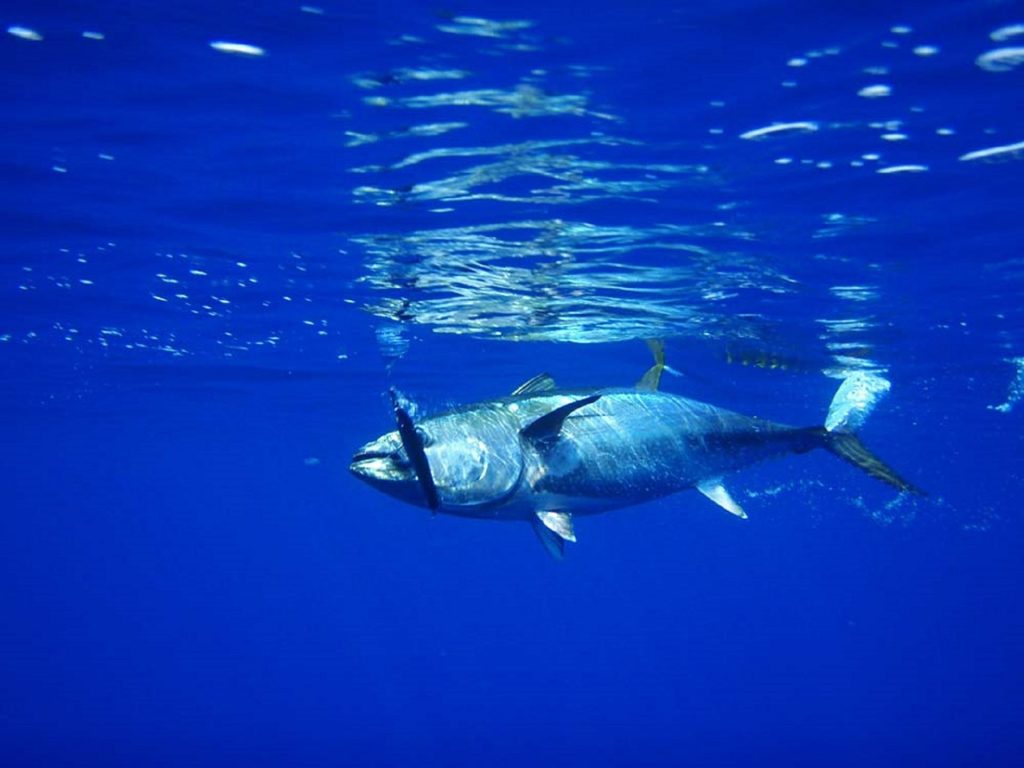 It will come as no coincidence that one of the largest fish in the ocean is an appealing option to target for game and sport fisherman. It is because of the torpedo type shape of the bluefin tuna along with the shape of their strong tail and unique ability to hide their fish fins and reduce water drag on their body that bluefin tuna can reach speeds of up to 70km/h. Just imagine fighting a fish that is capable of that. 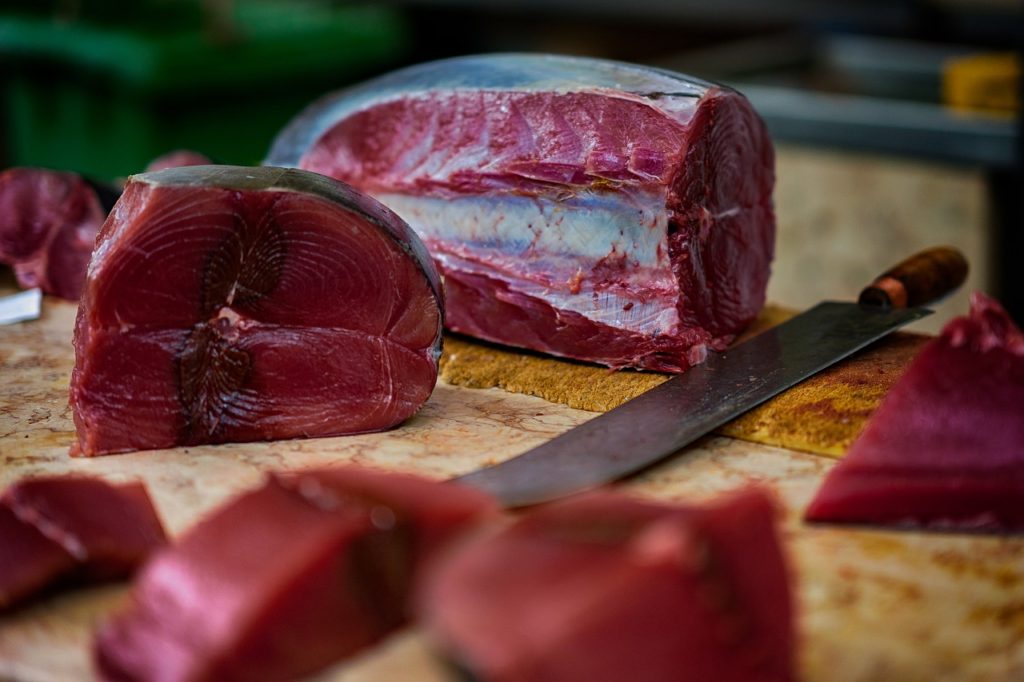 The daily diet of an adult bluefin tuna is mainly one that consists of smaller fish species such as anchovies, herring, bluefish and horse mackerel along with crustaceans, octopus and even jellyfish. A young and growing tuna will usually feed on similar crustaceans, fish and cephalopods but of the smaller variety.

In recent years the increased popularity of food dishes originally from Japan but now found all over the world such as sushi and sashimi have increased the fishing rate and price per kilogram for bluefin tuna. As a result, the species was getting overfished and in some areas being pushed to the brink of extinction. This is most present in Europe regions and as such strict fishing guidelines have been introduced to manage the issue before it’s too late. 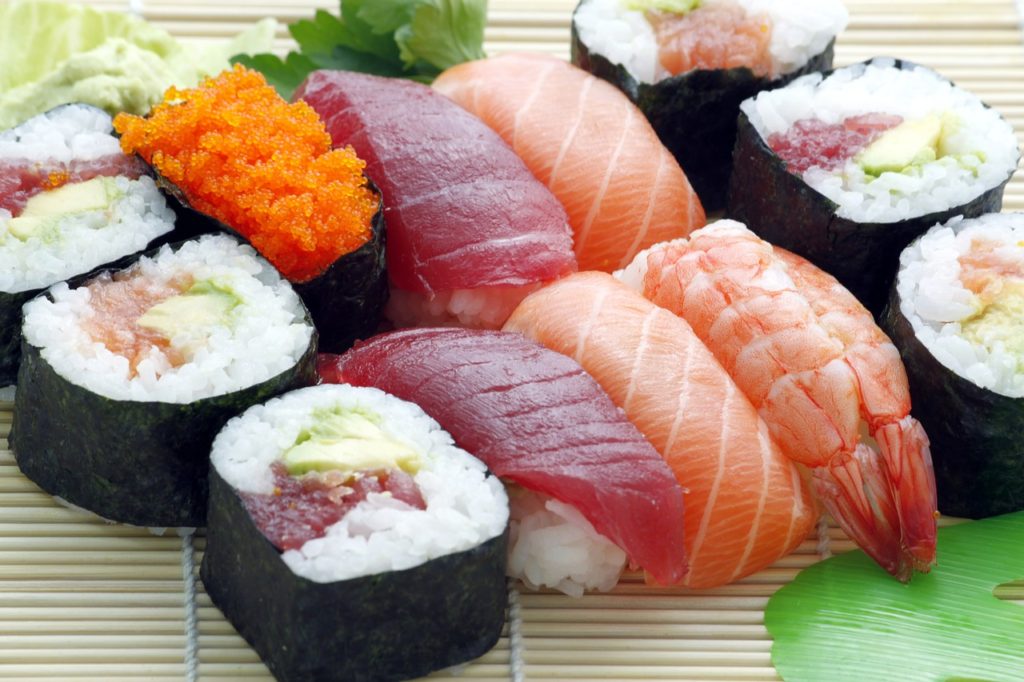 Now, as a rule, any bluefin tuna under the length of 27 inches or 109cm must be released back into the water unharmed after capture. There are further restrictions in place depending on the location you are fishing in and if you are not fishing with a professional local guide or fishing charter as found on TomsCatch then you should be aware of these restrictions before going fishing.

At Tom’s Catch we are always ensuring we advocate for the most responsible forms of fishing for any species but can’t stress how important it is to follow the guidelines created for the bluefin tuna species. We can’t afford to lose this magnificent fish species from our ocean. If you are wanting to know more about catch and release fishing and how to do it we cover that throughout our catch and release fishing blog and if you would like to head out on a charter to experience the incredible power a bluefin tuna has for yourself check out the options we have for you here.