You are here: Home › OUR BLOGGERS › PLACES › A recent day Fishing at the Ebro Delta with TomsCatch

Recently I had the chance to head to the Ebro Delta to fish with the owner Thomas of TomsCatch and a few of his mates. The Ebro Delta is in the Catalan region of Spain, an easy two hours drive south of its main tourist city, Barcelona. I have lived in Barcelona for the past 18 months but until recently had no idea just how incredible the fishing could be. 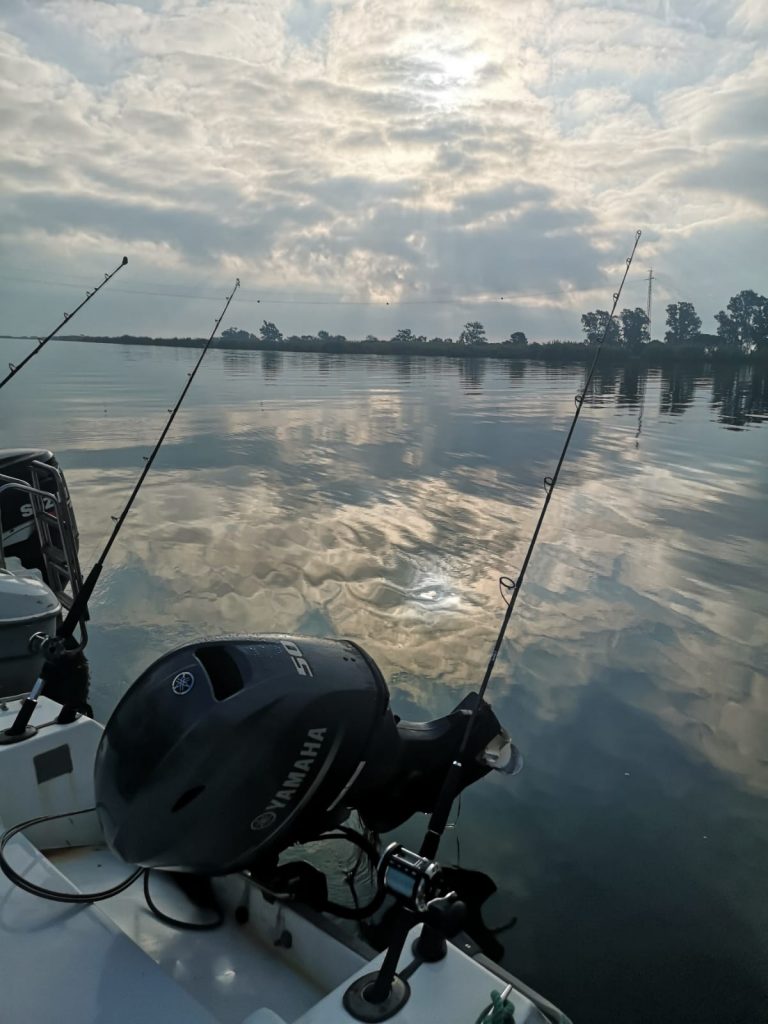 The day started with an early wake up from my arch enemy, the mobile phone alarm, and after a quick call into the local bakery for a life saving coffee we were on our way to start our Ebro Delta fishing trip. On the way down we got to know each other more and talked about what to expect from the days fishing as well as some of our own previous fishing experiences.

The Ebro Delta is a large wetland area that is growing each year, it is tipped to be completely flooded in another 30 years or so. For now though it is home to agriculture pastures that mainly consist of rice fields with other fruits and vegetables also growing in the area. Along with the agriculture side of things, it is also one of the largest and most important bird breeding grounds along the Mediterranean coast with some 300 bird species visiting the area each year.

Apart from the impressive landscape the other renowned fact about the Ebro Delta is the impressive fishing it can produce and this was the reason we were making the trip south from Barcelona. We had organised a full-day hire boat thanks to TomsCatch and Pescaebro Sport Fishing and were planning to target fish species including Bluefish, Leerfish, Amberjack, Little Tunny, Bonito, Horse Mackerel and  Dolphinfish or Mahi-Mahi.

When we first arrived at the boat we were greeted with an amazing morning, not a breath of wind in the air, an amazing sunrise with just the right amount of clouds in the sky and a warm but comfortable temperature for fishing. We quickly loaded up the boat with our fishing gear, received the necessary paperwork and safety instructions and were on our way out the river mouth of the Ebro River to the Mediterranean Sea. 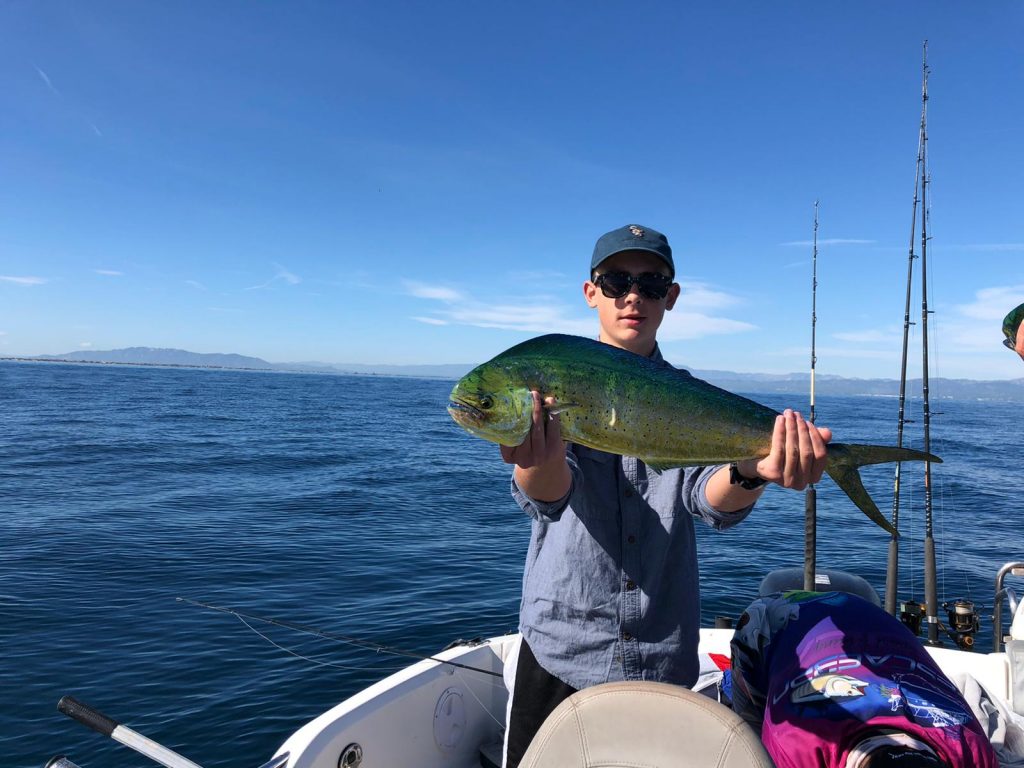 Our first plan for the day was to troll along the beach shore line to the left and right of the river mouth in around 7-15m of water depth searching for a prized Bluefish or Leerfish. This was the fish we had our hopes set on landing today. After trolling back and forth along both sides of the beach multiple times we had not found any sign of a Bluefish or Leerfish on the fish sounder, the surface of the sea had also been causing a few issues as some weed was floating on top and then being captured by our lines and lures as we trolled past.

While trolling we had been keeping a close eye on some bird activity in the distance, we didn’t want to be chasing birds all day as up until his point we were focused on trying to chase our target fish of choice. After a couple of hours had passed and it was becoming clearer that the recent rain had probably impacted our chances of finding any Bluefish or Leerfish and as a result we decided a change in tactics was required. We reeled in our lines and lures and began to motor towards a “frenzy” that had been slowly growing in size not too far in the distance. 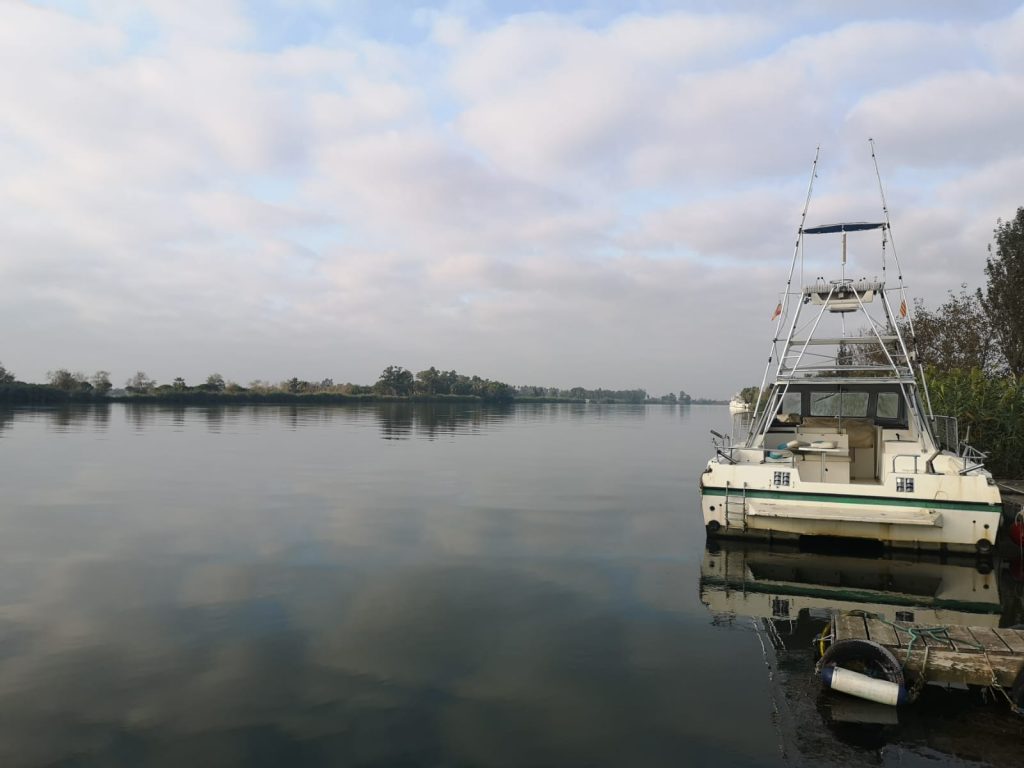 Llampo is a fishing charter that operates in the Ebro Delta.

Once we arrived at the “frenzy” of seagulls we found a school of fish actively feeding on and under the surface. We changed the lures we had been using to a selection of bomber lures, silver metal lures, and began casting towards the chaos that was now around us in the water. Almost immediately one of the guys on board was fighting a fish, nothing to large, but an exciting feeling after the previous period of no bites. The school of fish continued to provide us all with a great deal of fun, we were catching small to medium sized Mackerel, Atlantic Bonito, juvenile bluefin tuna and Mahi-mahi. This provided us another few hours of chasing schools of fish and hungry diving seagulls with mixed results. We were landing some fish, losing some fish and finding some of the schools of fish not interested in anything we offered them.

Once this started to quieten down a little bit we had another change of tactic and opted to target the Bluefish again in the relatively shallow water to the right of the river mouth. We this time opted to let the boat drift naturally with the wind and current while each of us was casting a variety of lure and popper options into the calm waters. It wasn’t long until a couple of us gained some interest from the Bluefish with our poppers, we were seeing them interested and occasionally either following the popper or lure to the boat or taking a tentative strike at it without fully committing.  This lasted a while but it soon becomes clear they were doing nothing more than playing with our hopes and dreams.

We looked at our watches and realised we still had an hour or two remaining before we had to return the boat and start the drive back to Barcelona. After a group discussion we opted to motor further out to sea and have a fish around the many buoys located around 40-70m of water depth. This area is a common environment for the Dolphinfish/Mahi-Mahi to be. They seem to enjoy being around the structure not too far under the surface of the water. 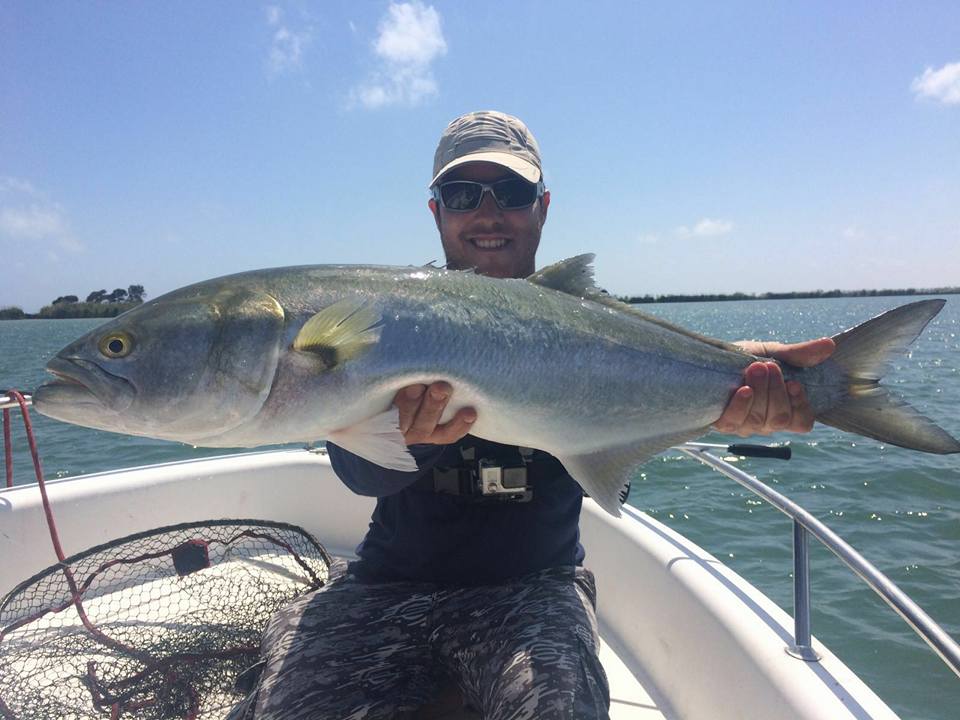 With the first cast Tom took he had hooked up to a Mahi-Mahi and it had instantly justified our group decision to motor out the 20 odd minutes and change our fishing strategy yet again. I had personally never fished for these fish before and it was a species I had really wanted to witness and if possible catch for myself. They have a reputation of putting on an aerial show before discovering they had become no more than a victim to a perfectly presented lure.

When Tom had hooked up first cast it gave us all the encouragement we needed to get the remaining rods and reels out of the rod holders and start firing different lures in all directions. We let the boat drift around the buoy and continued to cast far and wide with mixed results. We landed another two, hooked up to many more fish over the next 45 minutes or so. There were schools of Mahi-Mahi running under and around the boat, their beautiful colours almost shining while passing by. I couldn’t believe how many fish and how many different species I had seen over our 6-7 hour fishing period. When you think the first 2-3 hours were really slow with no bites it only made the last 3-4 hours even more exciting.

We had enough fish to give us all a nice feed and had returned many other back to the water for the next lucky fisherman or woman to enjoy. It was with a heavy heart that at around 4pm we had to reel our lures in for the last time and head back up the Ebro River and return the boat. It had many fish scales, a violent blood splattered casting deck and potent fishy smell to it so that to me means to was a successful day on the water.

Once we had returned the boat to its dock and loaded the car back up we enjoyed a quick refreshing local beer at the nearby restaurant/bar area close to the camping grounds and boat dock. Then it was time to jump in the car and return to Barcelona, we had all enjoyed our day and the break away from the hustle and bustle of city life. I’ve already decided that this trip won’t be my only one to the amazing area of the Ebro Delta.

If you are looking for a charter fishing boat head on back to the homepage of TomsCatch and type the destination, date and number of people into the search bar. They have a huge amount of reliable fishing charter options available in many different parts of Spain, Europe and even across the world.

This trip was part of Brodie’s amazing adventures he is experiencing while running the successful travel blog Aussieinwanderlust. If you are looking for travel advice, tips for traveling cheaper or any other travel related advice it is a great site to check out.