You are here: Home › DEALS › FISHING CHARTERS › PLACES › Tuna Fishing in Valencia. One of the best destinations in the World.

There are many things we don’t know about Bluefin Tuna migration. But one thing we do know is that one of the two main Bluefin Tuna spawning grounds in the world is the Mar Balear. This sea lies between the Balearic Islands and the coast of Spanish mainland. More particularly the coast between the Cape Sant Antoni and Valencia.

Between late May and the end of June tuna fishing gets really slow in the Mediterranean Sea. But not in the area of Valencia and the northwest of the Balearic Islands. The best time for Tuna Fishing in Valencia actually is from mid May to the end of June. This is the time when the enormous giant bluefin tuna up to 450kg (1000lbs). Early spring and summer are also good for tuna, but the average fish is smaller. 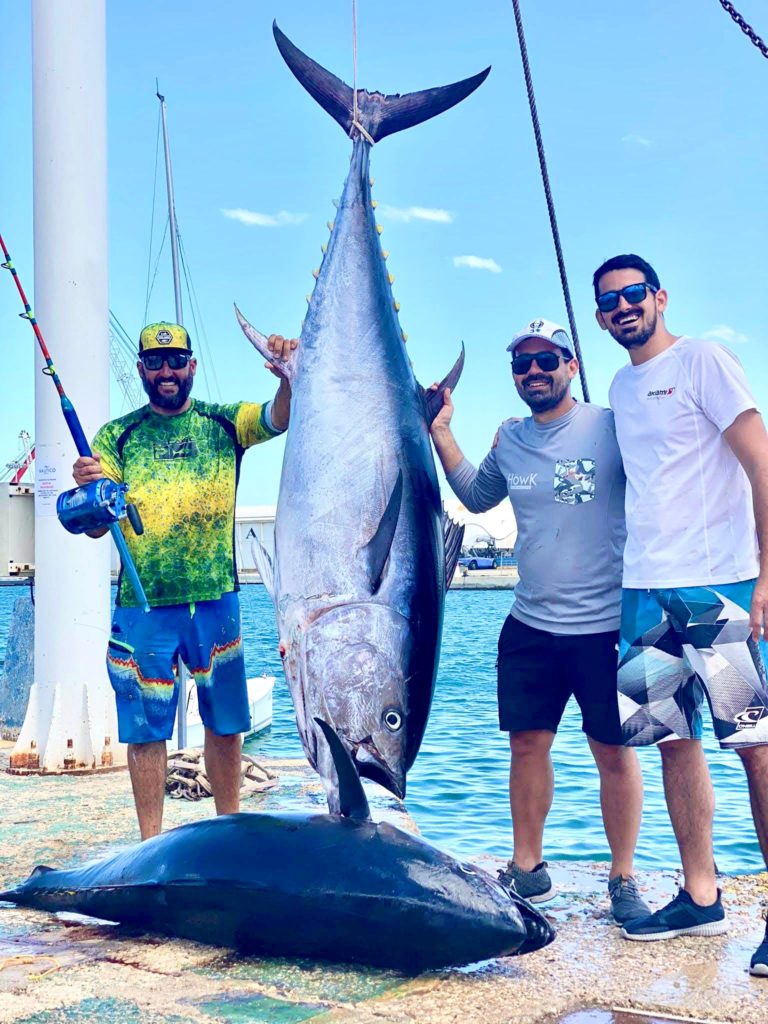 Anglers from all over the world flock to Valencia in May & June to target Giant Bluefin Tuna. Fishing charters and recreational fishing boats leave from Valencia City, Cullera, Gandia, Denia and Javea. This is also when one of the main tuna fishing contest the Titan Red is helt in the Marina Real de Valencia. The organization claims that they “want the event not to be considered as a competition, but to become a days for marking and scientific collaboration with different national scientific institutes and also be a meeting point between the best European fishermen, where good atmosphere and companionship reigns, exchanging all kinds of experiences related to the sport we practice.” 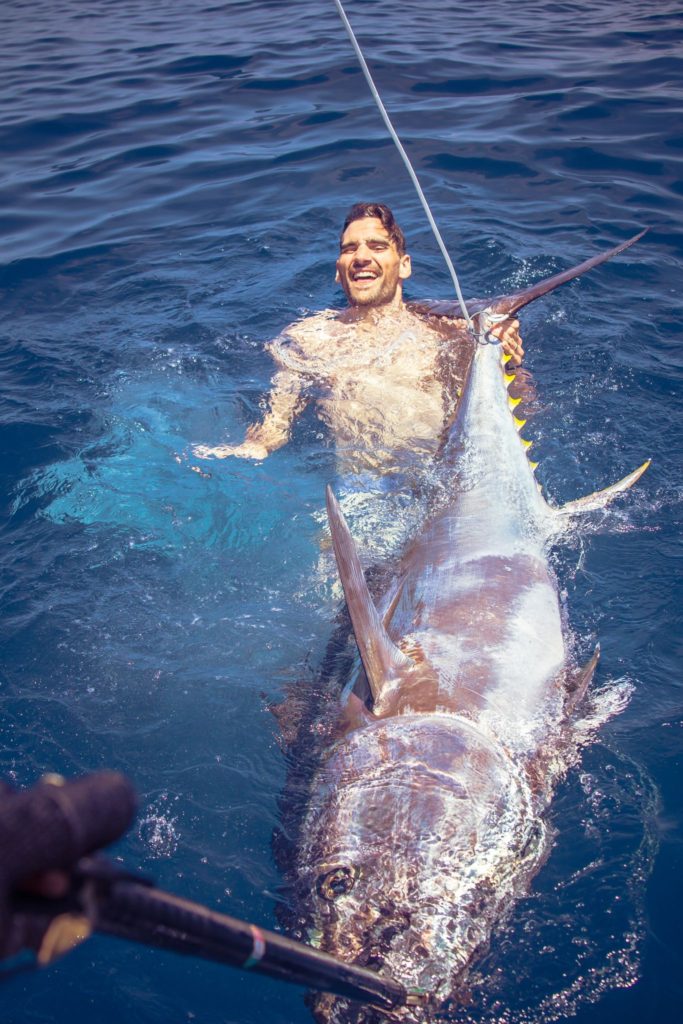 Chumming sardines and mackerel the boats fish in areas of 80 to 120m depth. The amount of tuna in this area is just staggering. Capt. Paco says that may times a tuna takes the bait just when he’s putting out the rods. Fish under 200kg (450lbs) are called small here!

Normally the day starts at 06:00 AM with breakfast on board. On the way to the fishing grounds, we stop to catch some extra live baits with feathers (sabiki). Then we head to our favorite fishing spots, around 15 miles off shore. We fish drifting, chumming sardines. Usually we bring over 40kg of sardines.

We can choose our fighting mode: stand-up or in a fighting chair, as you wish! On board we have SUNRISE and AVET fishing tackle at your disposal. You’ll fish with the lightest and most technical to the most powerful and resistant fishing gear to fight the giants from our area.

3 Days fishing and 4 Nights Fishing Package: from 1375€ per person

Sample itinerary
Day 1 – Arrival at Valencia Airport. Greeting at the gate. Then, transfer in an air conditioned minibus to Gandia to check in to your rooms.
Day 2 – Fish
Day 3 – Fish
Day 4 – Fish
Day 5 – After breakfast, return to the Valencia.
Interested? fill out a contact form here. 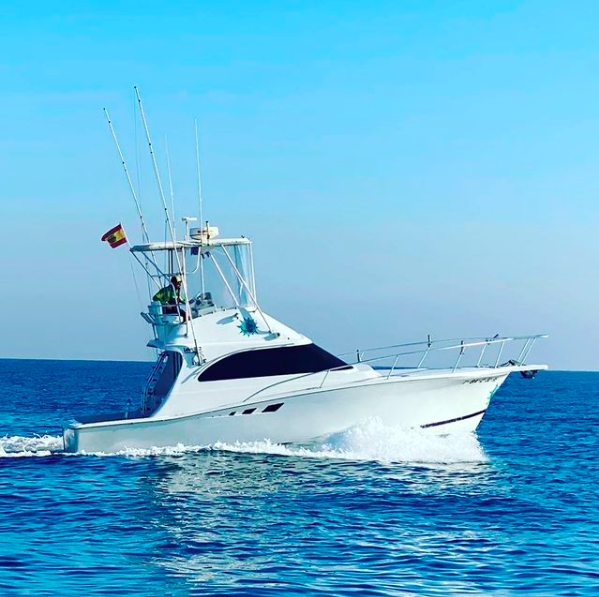 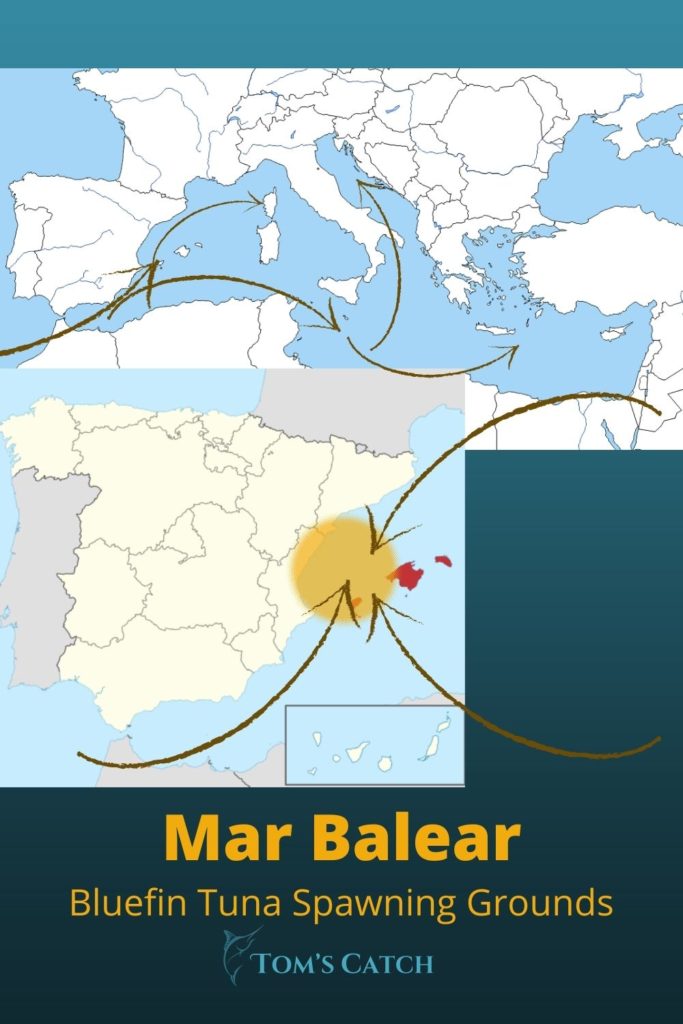 Mar Balear is the main spawning ground for Bluefin Tuna

Early spring (March – April) the Atlantic Bluefin Tuna migrate into the Mediterranean Sea, passing the Straits of Gibraltar. From here, they follow the maritime routes along the Spanish mainland towards the Balearic Islands. Here, the salinity of the sea, the water temperature and amount of forage fish is perfect for spawning.

It’s also believed that Bluefin Tuna prefer to spawn in the Mediterranean Sea, rather than the Atlantic Ocean, because their waters are relatively poor. Compared to other oceans, the Mediterranean and the Mar Balear have few krill or other micro organisms that could feed on the tuna eggs.

Tuna fishing on the Balearic Islands

When we discuss about tuna fishing in Valencia, we’re talking about tuna fishing in the Mar Balear. These pelagic monsters can also be caught from fishing charters leaving from Mallorca or Ibiza in the Balearic Islands. In fact, a major spawning area for Bluefin Tuna is located between the North West of Mallorca and Ibiza.

In fact, the complete Spanish commercial fishing fleet (basically the Balfegó boats and the boats from Fuentes) concentrate in the ports of Denia and Javea in May. From here they go directly to the spawning grounds in the Balearics where they catch their yearly quota in only 2 or 3 days. The Bluefin tuna fishery is regulated by the International Commission for the Conservation of Atlantic Tunas (ICCAT).

Continuous cross-checking is undertaken by the European Commission to ensure that measures are fully respected by all commercial fishing boats involved, concerning the fishing seasons, the quotas and the new control measures.

Not long ago, the Atlantic Bluefin Tuna population was crashing in the face of huge overfishing. The efforts of controlling quotas, fishing times and techniques have helped recover the bluefin tuna to healthy numbers. today, things are different. The population is recovering, and it looks like there’s a healthy future for the greatest of all our fish. But, we have to stay focussed. We want the next generations to be able to catch the king of all fish.