You are here: Home › FISHING CHARTERS › OUR BLOGGERS › PLACES › Big Game Fishing in Huelva: all you need to know

Located in southwestern Spain, at the mouth of the Odiel and Tinto rivers, Huelva is a true sport fishing paradise. Huelva might not be on most saltwater anglers’ radar. But it has a tremendous variety of offshore, reef and shallow-water species. With 300 days of sunshine and great weather, anglers can fish here all year round. Huelva’s rich coastline offers some of the best sport fishing in the world.

Dentex, pink dentex, grouper, large snapper and the famous meagre can be caught jigging, spinning or fishing over the reefs. Between April and October pelagic species such as tuna, mahi-mahi & marlin can be caught trolling and chumming. But why is Huelva the unknown destination for world-class big game fishing in Spain? Find out more in this new blog post. 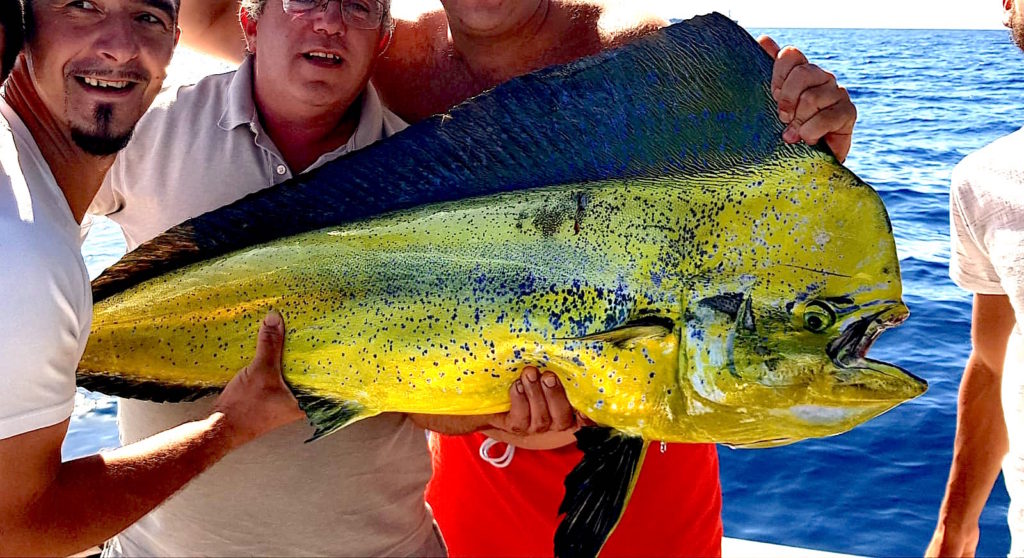 The Canary Islands, Madeira or the Azores are arguably the home of Europe’s big game fishing with the waters around the islands holding some large species — including marlin, tuna, mahi-mahi, and wahoo. But Huelva’s rich waters (and those of the Algarve in Portugal), offer some of the best sport fishing in the world. The waters that wash the coasts of Huelva are loaded with dozens of varieties of quality fish. In a two-hour flight to Seville or Faro, you’re already in a primier big game fishing destination. Although Huelva is not that well known as big game fishing destination, you’ll be spoilt for choice with the chance to fish for pelagic monsters such as bluefin tuna and blue marlin. 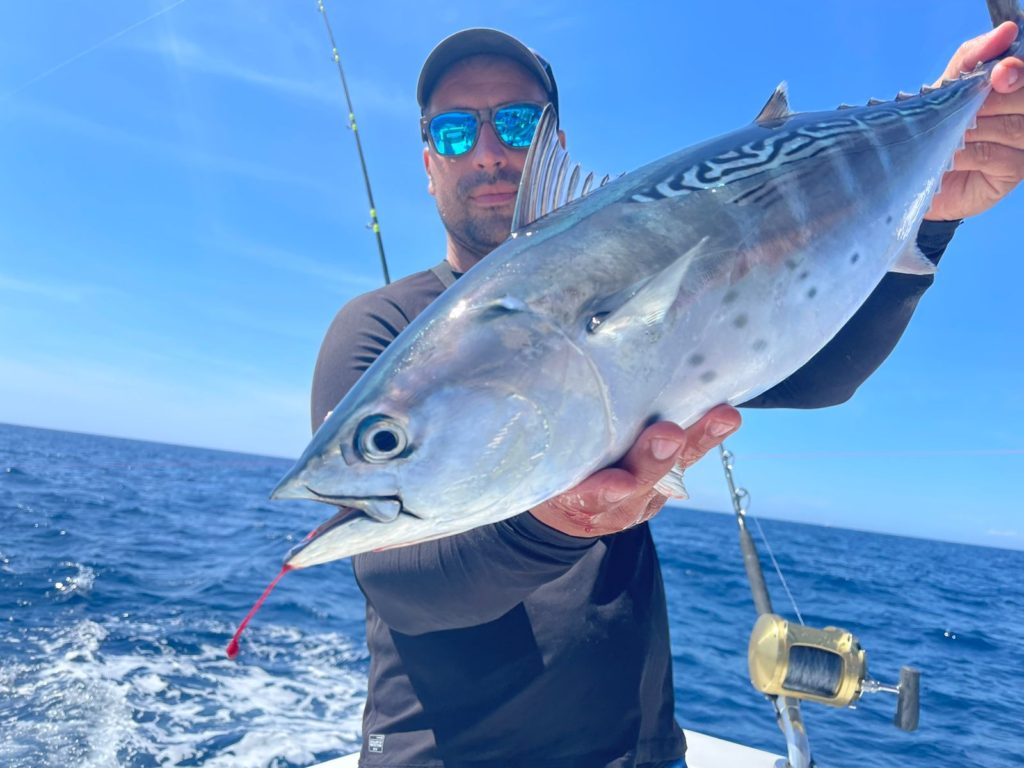 Little tunny caught trolling in the Gulf of Cadiz, Spain

Huelva has a stable local tuna population. There’s so much food for these fish (calamar, cuttle fish, mackerel, sardines, anchovies…) that they’ll stay all year round. When the tuna migration starts, the fish coming from the Gulf of Mexico and other parts of the Atlantic Ocean join the feast. 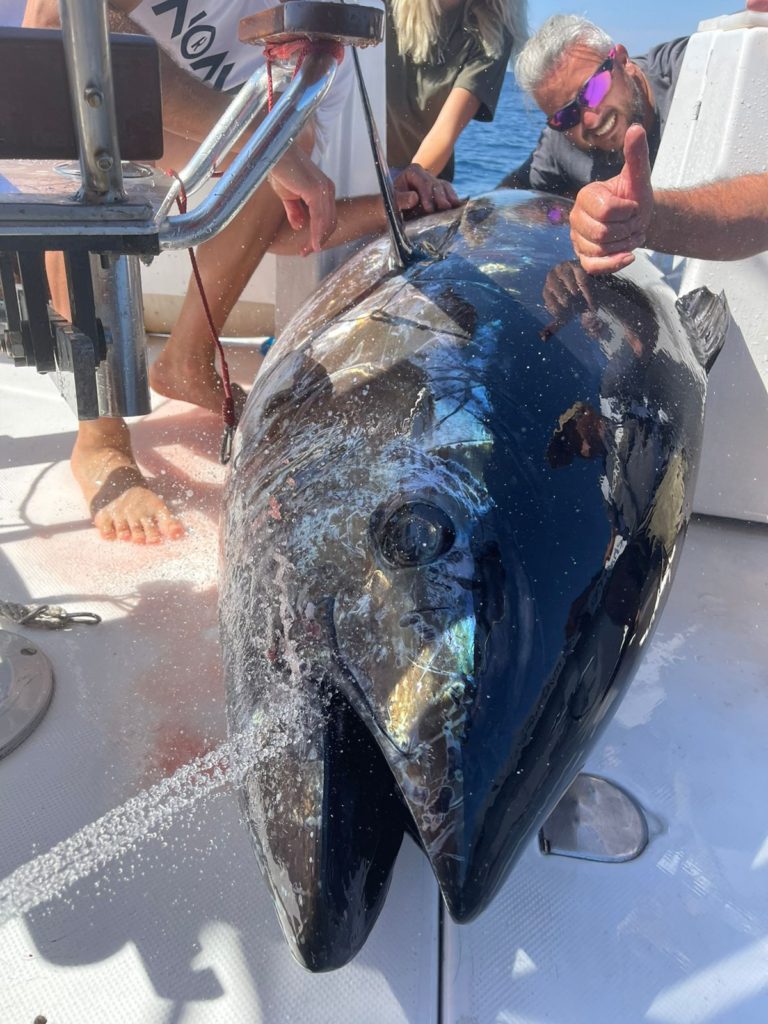 The fishing season could go all year round, but due to bad weather and colder temperatures, the tuna go to deeper areas. But as soon as the weather starts to calm down in Spring and the waters start to heat up, the first tuna show up at the surface. The peak times for tuna fishing in Huelva are between April and September.

Tuna fishing in Huelva is done chumming or trolling. They use heavy tackle with rods and reels of 80lb to 130lb. A fight with one of these pelagic monsters can be 2 hours or longer. 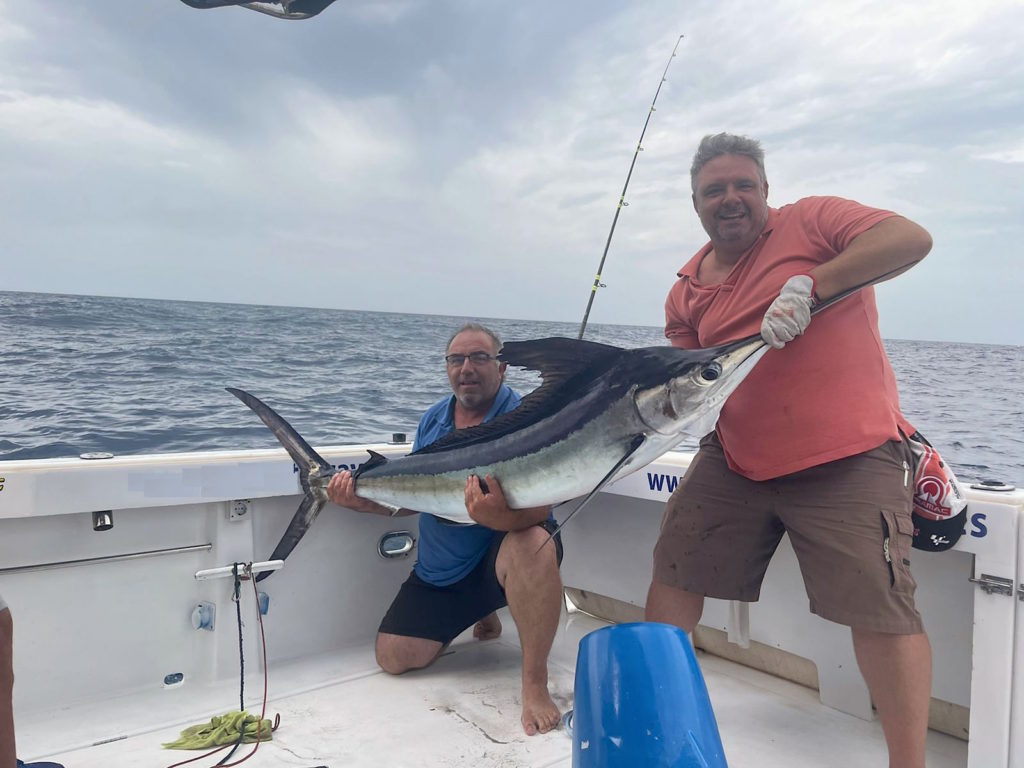 In Spain, the best places to fish for blue marlin and white marlin is the Gulf of Cadiz, being the area of Huelva the most important destination. Marlin love to swim over natural bumps and shelves that form in the ocean off Huelva, where the waters from the Gulf mix with those of the Atlantic Ocean, causing streams and creating bait concentrations.

The peak times for marlin fishing in Huelva are between end of July and late September.

Charter Cayman is located in the Real Club Náutico de Huelva and is a great choice for your big game fishing in Huelva. Antonio and its team are real experts in both tuna fishing and marlin fishing. Of course, they also do bottom fishing, jigging and reef fishing. They offer many types of charters. From beginners who are getting their feet wet for the first time, to hard core anglers on the hunt for big game, there’s something for everybody. And at a very good price!

Their sturdy Rodman 1100 is fully equipped with the best electronics. It can take up to 10 passengers plus 2 crew. 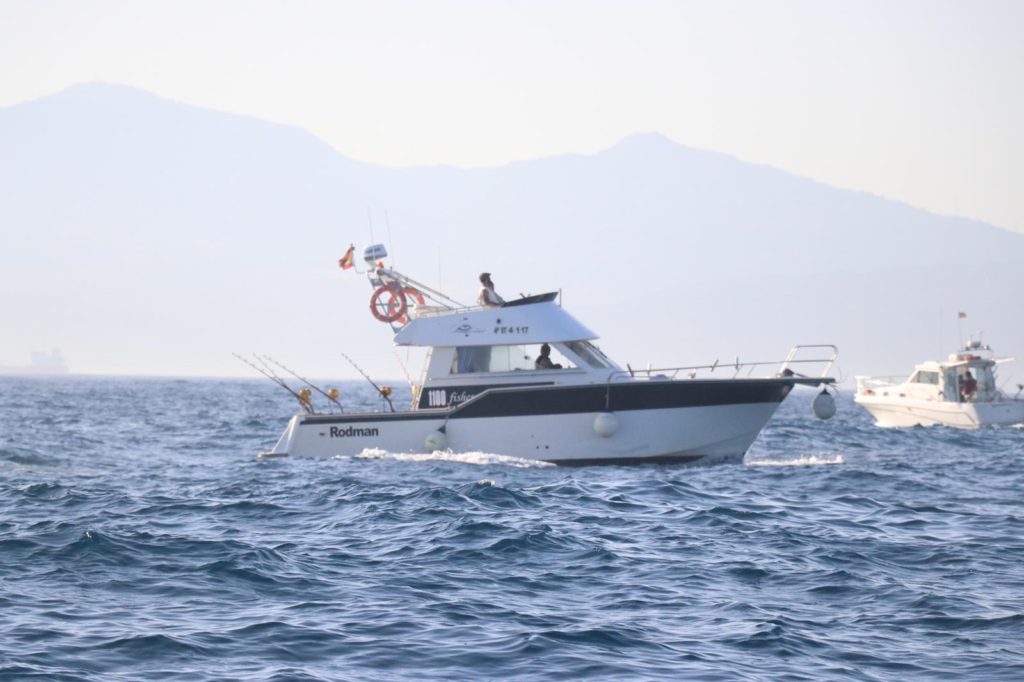 When it comes to dream fishing destinations, every angler has his or her own bucket list. And we think Huelva should be on your list. What would be your favourite destination? Where are you heading this year? Let me know if the comments below.