You are here: Home › OUR BLOGGERS › PLACES › King Mackerel vs Spanish Mackerel, all you need to know

King Mackerel vs Spanish Mackerel? While there is a variety of gamefish in the sea, mackerel is a popular choice among anglers. Being a popular game fish throughout the world, mackerel is most commonly found in abundance throughout the Gulf of Mexico and the Atlantic Ocean. Both Spanish Mackerel and King Mackerel are popular fish for adventure-seeking anglers. There are more similarities between these species, but it is more important to know the differences. The distinguishing dorsal fins are different in addition to the lateral lines. It is important to be able to identify the differences between the two species because the regulations are different so, in order to be a proper angler and avoid any unreasonable fines, you should be sure to learn the differences. 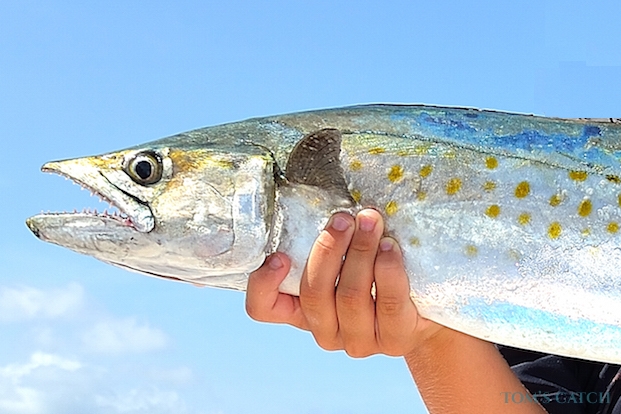 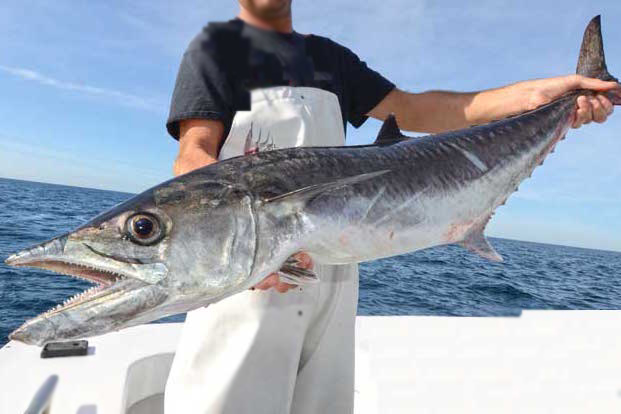 The larger of the two species, the King Mackerel also vary in color. An olive-green-colored fish with a white underbelly, a prominent dorsal fin on top, and a dark forked-tail, King Mackerel have been caught in waters from Brazil to North Carolina.

An angler favorite, the King Mackerel is a large, aggressive fish that is often referred to as a Kingfish. Kingfish have a slender, elongated body with silvery, olive back and with a rosy iridescence on the sides.

The Lateral line of the King Mackerel

King Mackerel have a lateral line that takes an abrupt drop at mid-body; In contrast that of the Spanish Mackerel and Cero Mackerel curves gently from the top edge of the gill to the tail. 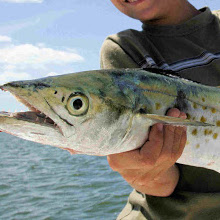 Often confused with the juvenile King Mackerel, the Spanish species is a lighter green color with long, narrow body silver in color. The best way to distinguish the difference is the noticeable dorsal fin located along the spine of the Spanish Mackerel and is dark in color or solid even black at times.

Other Types of Mackerel

While the most common species of mackerel are King and Spanish, there are other species in the sea…and they are as follows; The Atlantic Mackerel, the Cero Mackerel, the Sierra Mackerel, and even the Wahoo fish species is a type of mackerel. The Atlantic Mackerel is the originator of this species and is the true mackerel. However, the Cero Mackerel species is the tropical cousin species that is found in the Florida Keys and the Caribbean. The Sierra Mackerel is the Mexican or Pacific mackerel found in Southern California and South America. They favor the Spanish Mackerel species. Then the distant relative of the mackerel species is the Wahoo. Another incredibly popular game fish to catch among saltwater anglers and fishing charters.