So, what’s biting in Cancun at the moment? This is one of the most recurring questions I get about fishing in Cancun. Situated in the popular touristic destination of the Riviera Maya, Cancun is a great place for inshore fishing for bonefish, tarpon and snook. Pelagic predators including Blue Marlin, Saifish, Mahi Mahi and Tuna inhabit the offshore waters of the Mexican Caribbean. In this piece we’ll cover the fishing seasons of Cancun so you know exactly which species you can expect when you visit this city.

One thing is for sure: you can fish in Cancun all year round. But if you’re looking for specific species or a particular fishing technique, you might want to read on to come in the right season. 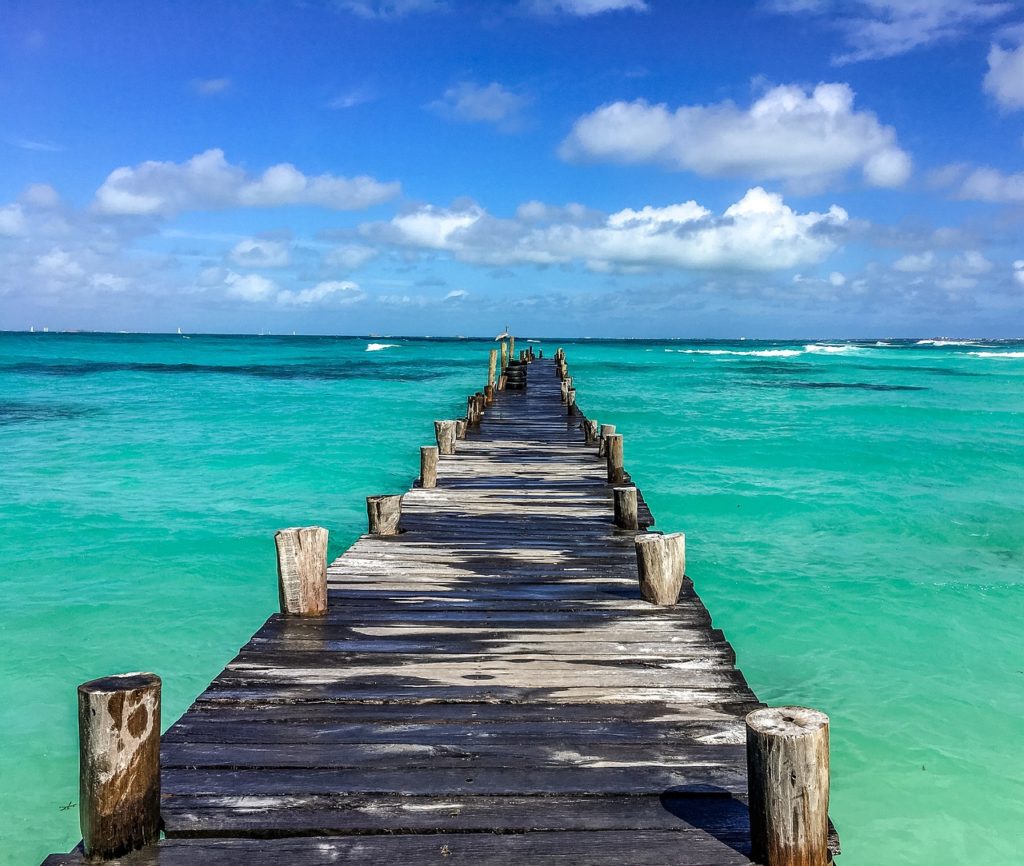 What’s biting in Cancun at the moment?

What is the best season to go fishing in Cancun?

As you will know, you won’t catch the same species in Cancun in January and in July for example.

For most tourists, the most popular time to visit Cancun is from December through April. The weather is generally clear and warm, but not too hot and little rain. But if you take a close look on the Cancun Fishing Calendar below, you’ll notice that most species are active between April and October.

Some species thought, including Snook, Cubera Snapper or Amberjack for example, will be found here between October and February. 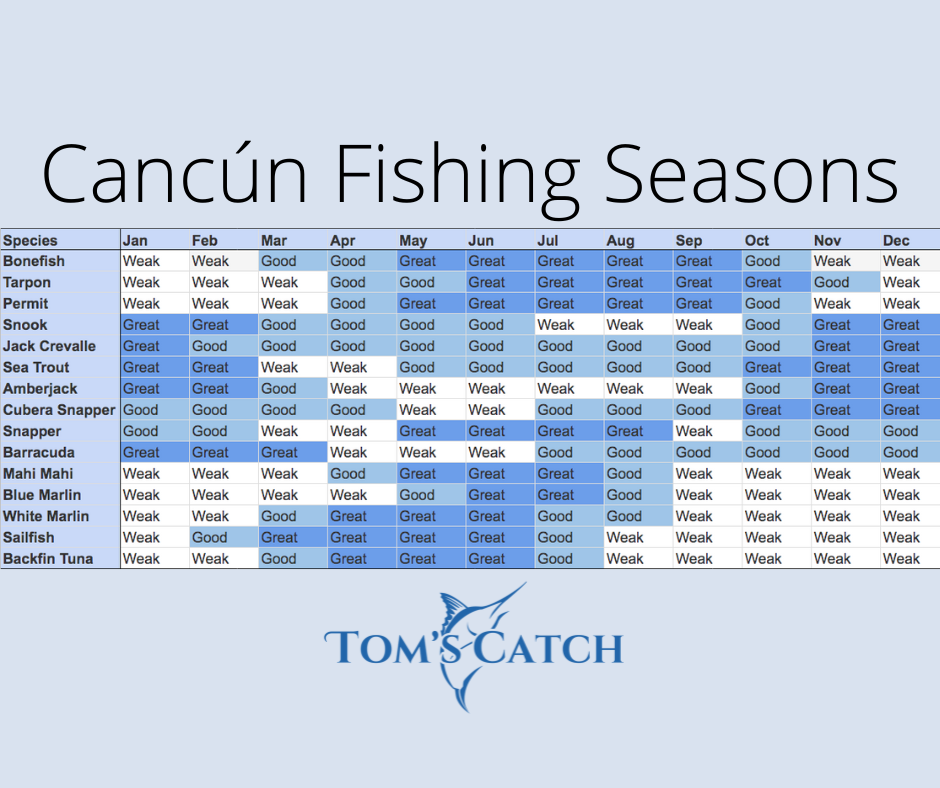 With smaller crowds and nice weather, spring in Cancun brings a lot of exciting species, both inshore and offshore. In the flats north of Cancun, the inlets and the lagoons Bonefish, bigger Tarpon and Permit start to show up. Also snapper fishing is great fishing over the reefs.

The weather in Cancun in spring is humid and you may expects little rain and overall mild temperatures, averaging in the 80s.

Tarpon up to 40 lbs are plentiful and full of action in the summer months in Cancun. Also Bonefish, Permit and Barracuda are very active in the shallows and the flats during the Summer months.

Offshore, in the deep blue waters off Cancun, the pelagic fish are still around. White Marlin, Sailfish and Blue Marlin fishing is good until the end of August. The Summer is also great for Mahi-Mahi until early September.

July and August are the hottest months of the year for Cancun. The average temperature during summer in Cancun is around 28°C / 83°F. As the season develops, the likelyhood of rainfall increases, being September the wettest month of the year. The hurricane season in Cancun is between June and November. Although Cancun hasn’t been hit by a hurrican since 2005, they most likely occur during the months of September and October.

September and October are the wettest months of the year. November is the beginning (All Saints Day) of the tourist season and the weather is dry again.

Enjoy early fall to target the last Tarpon, Permit and Bonefish in the flats. Snook, Jack Crevalle and Sea trout will take their place is the shallows.

Trolling you might catch wahoo, king mackerel and barracuda.

Fishing season in Cancun is a year round sport. Baby Tarpon and Snook can be found year round in the Cancun and the Isla Blanca area. Snook fishing in Cancun is great from February to August, with November through January being the peak season.

Towards the end of December the first Sailfish start to show up.
Barracuda, Snapper, Jacks, Sea Trout and Ladyfish can be caught just about all year round.

Below you can find a selection of the best Cancun fishing charters. Compare and read the fishing reviews.

So, there you have it. I’ve covered everything you have to know about the fishing seasons in Cancun. You know better than I do, that this is very generic information. A lot of the fishing activity also depends on the moon phases, water temperatures, currents, etc. And to make it even more complicated, the fishing seasons are changing slightly due to global warming.
No matter when you travel to Cancun, there’s something going on here. From offshore Billfish fishing to inshore flyfishing in the flats… every angler will find its perfect fishing trip in Cancun.