The Ebro Delta is one of the most famous deltas in Europe. Here, the Ebro - Spain's largerst river - meets the Mediterranean Sea. After hundreds of years, large am...
Read more..

The Ebro Delta is one of the most famous deltas in Europe. Here, the Ebro - Spain's largerst river - meets the Mediterranean Sea. After hundreds of years, large amounts of water brought sediments and formed this wonderful wetland in the western Mediterranean. It contains the famous rice fields and 320 square kilometres of Natural Park.

The Delta isn't only a mecca for bird watching fanatics, it's also a great place for sport fishing. In fresh water there's carp, blackbass, sander and catfish. 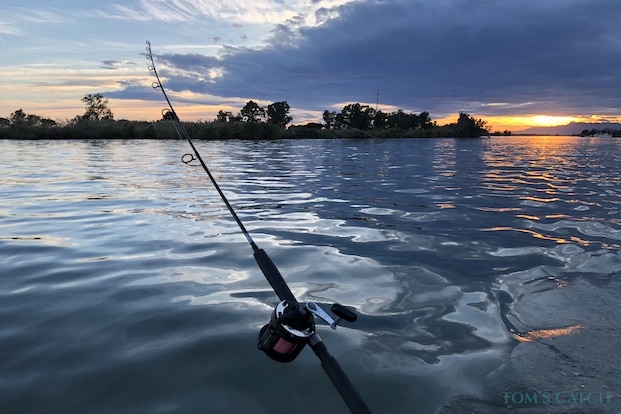 From 95,00 €
We recommend
Updated availability

Considering this, it’s no wonder that the Delta del Ebro is considered one of the best places for fishing along the Catalan coast, if not the very best place along all of Spain’s Mediterranean coast. Here are the top 5 fish species from the Delta.

One of the most sought after species in the Delta del Ebro, bluefin tuna can grow up to 3.7m and weigh more than 600kg. Bluefin tuna are very strong and are well known amongst anglers for struggling when caught. They tend to dive deep, emptying the fishing rod’s reel.

When the tuna surfaces, you can use spinning techniques and throw larger lures so that when the tuna is close enough, poppers, stick baits and vinyl can be used to catch it. There’s certainly a lot of action when catching bluefin tuna and it can be spectacular to watch.

Another popular technique used to catch tuna is to drive a fishing boat at 7-10 knots and drag lures behind. However, perhaps the best technique to fish larger tuna is chumming, when you use a boat offshore and put sardines and mackerel overboard to attract the tuna. The best time to try this method is from April to September.

Bluefish are one of the finest species in the Delta del Ebro. One of the best techniques used to fish them is trolling, especially using artificial lures and natural bait such as small barracuda or garfish. Another technique to try is to fish using a boat in well-known areas, trying to provoke the fish to take a bite with stick baits, lures or poppers.

Bluefish can be found in the Delta del Ebro throughout the year but between April and October, they are found in abundance particularly close to the coastline and in shallow waters between 7-15m.

On the bucket-list of anglers and fishing enthusiasts is fishing for leerfish in the Ebro river and it's river mouth, as these brave fighters can reach up to 30kg! To catch them, you can use surface lures and poppers, but these large fish prefer a natural bait. Using espet/barracuda, needles and curricando, they can be caught in waters 4-15m deep. Leerfish first appear from early June.

During winter, you can fish for sea bass throughout the day with vinyl line in the river. If you catch a female sea bass, it’s advisable to drop it back as the females are breeding at this time of the year. The sea bass is most active during the morning and at dusk.

As a freshwater fish, fishing for catfish in the Delta del Ebro will be concentrated upstream. Catfish go for bait and pellets (a manufactured bait that’s compressed with fish food) and they tend to be out during dusk and nighttime.

You can fish either from the shore or from a boat using well-chosen and strategically placed mounts. Catfish can be caught throughout the year, although the best time is from April to November when the water is usually above 12°C.

During springtime, the Ebro River Delta begins to come alive with freshwater and saltwater species (and also, an increase of plankton-feeding small species that are eaten by larger predators). During April and May, you can start trolling and jigging to catch bluefin tuna and little tunny. It’s also a good time to catch leerfish and bluefish using dead bait (small barracuda or a garfish) in depths of 7-15m.

This is the best time of year for fishing in the Delta del Ebro. During July, August and September, the waters are full of activity with large amounts of sea gulls hovering over the frenzies. Again, the fishing will be in both freshwater and saltwater, and it’s a good time to fish bluefin tuna just offshore. Closer to the coast, you can try trolling with natural bait (squid or mackerel) to catch types of fish like barracuda, bluefish, dentex or leerfish.

Fishing in Delta del Ebro during autumn is an excellent time of year, particularly for trolling along the coast with small lures and feathers to catch mackerel, melva, little tunny and dolphinfish usually in waters 40-50m deep. It’s also a good time to fish barracuda with a garfish to catch leerfish or bluefish in depths ranging from 7-15m.

During wintertime the marine fisheries are calmer. However, in good weather conditions, Ebro Delta fishing can still be a very productive place to fish. The most common species to be found here are black spot sea bream, forkbeard, conger eel, Atlantic wreckfish and grouper.

During winter it’s better to fish in the River Ebro because, although the temperature is lower and there is a chance of storms, the river remains calm and sheltered. January to March is also an excellent time to fish for sander and catfish as the water is clearer.

Ebro Delta National Park: The Ebro Delta, one of the most important wetlands in the Mediterranean, is one of the best spots for birdwatching in Spain. Over 300 different species of birds are either resident or migratory to the Ebro Delta. Observe wonderful species like the Great Reed Warbler, Red crested Pochard, Black-necked Grebe and of course the Greater Flamingo.

You need a fishing license for Ebro Delta fishing, (fresh water and salt water) which can be obtained on the website from the Generalitat de Catalunya:

remember that the fishing charters or your fishing guide normally have the fishing license included in the price, so you don't need to buy one if you're chartering a boat.