You are here: Home › OUR BLOGGERS › PLACES › Nannygai, Coral Trout, Sooty Grunter… this is what fishing in Australia is about

We all are probably well aware of the tragedy that is unfolding in many of Australia’s inland towns at the moment. It is nothing short of a disaster and we wish all the best to everyone dealing with such events.

Us ourselves at TomsCatch have marked the 2020 year by entering our newest fishing region which is in fact Australia. We have long looked at the incredibly vast landscape and some 60,000km of picture-perfect coastline with a great deal of jealousy. The fishing is unique and sought after by anglers all across the globe. 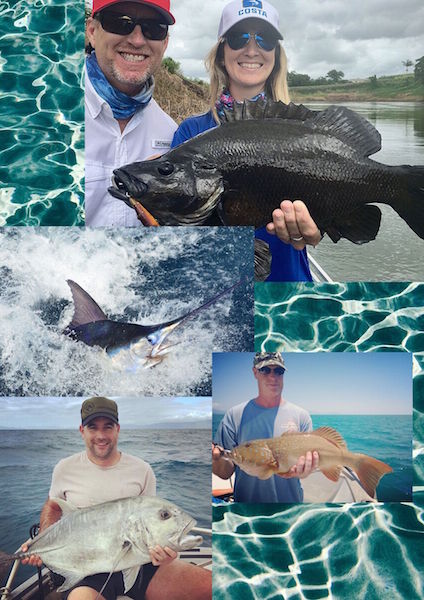 Just because of the sheer size of this giant country Australia has a wide variety of fish species, fishing techniques and seasons. The north and south couldn’t be more different with Barramundi, Coral Trout and Nannygai the sought after table fish in the northern tropics and the Southern Bluefin Tuna, trout and Yellowtail Kingfish exciting fisherman in the south. The toughest decision any angler might have is exactly where to fish at first.

Let’s take a look at some of the best locations to fish at in Australia so you can try and make a better decision on where to target first:

It might come as a surprise to some that even the fishing inside the Sydney Harbour is of a high standard. This is one of the most popular destinations for many international and domestic tourists in Australia. It has well-known landmarks such as the Sydney Opera House, the Sydney Harbour Bridge and Bondi Beach but lurking underneath the surface are also some great fish.

The most popular fish species to target in Sydney Harbour would have to be the powerfully built Yellowtail Kingfish. Anglers from everywhere never seem to be ready for the brutal battle that these fish are known for. They are one of the most powerful pound for pound fish you are likely to come up against anywhere in the world and to have them so easily fishable in Sydney is something many fishermen are actually not even aware of.

If you decide that fishing for something a little larger or further from shore is more your holiday style then why not head out the “heads” with one of your experienced charters operates and chase big game fish such as Tuna varieties or Marlin. This is a fishing experience you will tell all your friends about when you get back home.

TomsCatch have a variety of different fishing options in Sydney. 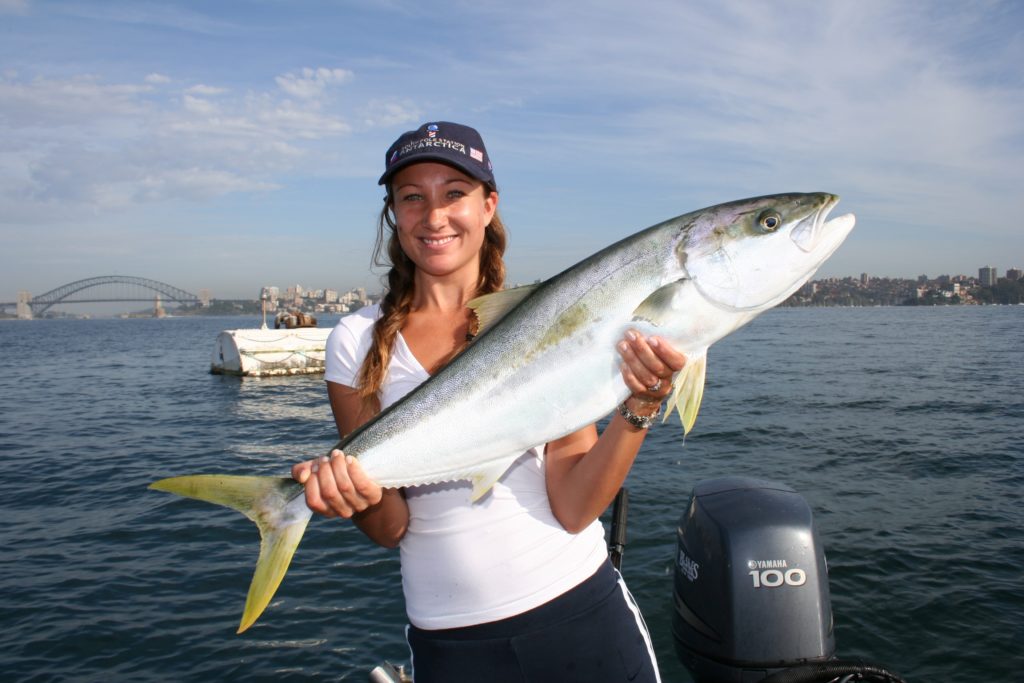 Fishing at the Great Barrier Reef

Obviously having the largest coral reef area in the world is one of the things North Queensland is most known for. The Great Barrier Reef is famous for having crystal clear waters, white-sand beaches and beautiful snorkelling and diving locations but with all this comes plenty of unique and stunning tropical fish species.

ome of these species are sought after by many local residents as they are known for being delicious table fish but the extra bonus is they are also great fun to catch and stunning models in any fish photos. Fish species such as Coral Trout, Pink Snapper, Giant Trevally, Queenfish and many more are the fan favourites.

These can all be caught using a variety of fishing techniques including jigging over reefs, bottom fishing, trolling and popping. The fishing is truly exciting as you can see many of the strikes occur either just under the clear water or right on the surface.

Another massive bragging right that North Queensland has when it comes to fishing is that the sports fishing for big game species such as Marlin is also excellent. It is common for charters to offer multiday all-inclusive trip that will leave many anglers wishing they never had to leave the fishing charter at the end.

Can you imagine 3 days aboard a magnificent charter boat sailing around the Great Barrier Reef fishing for one of the most sought after species on the planet? Stop imagining as now TomsCatch has a collection od these exact trips which you can find here. Our favourite charter is Black Ops. 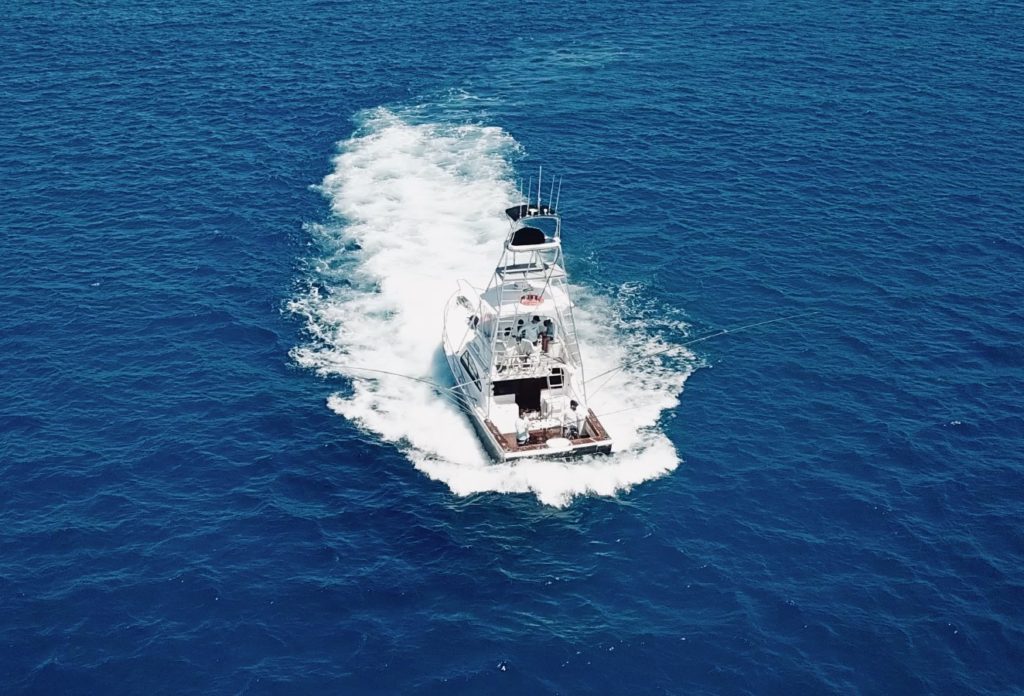 The northern areas of Australia and in particular the state of Northern Territory are known for one really special fish not found in many other parts of the world. It is a great privilege to fish for these as they are just so iconic to the area. The fish, of course, is called the Barramundi. 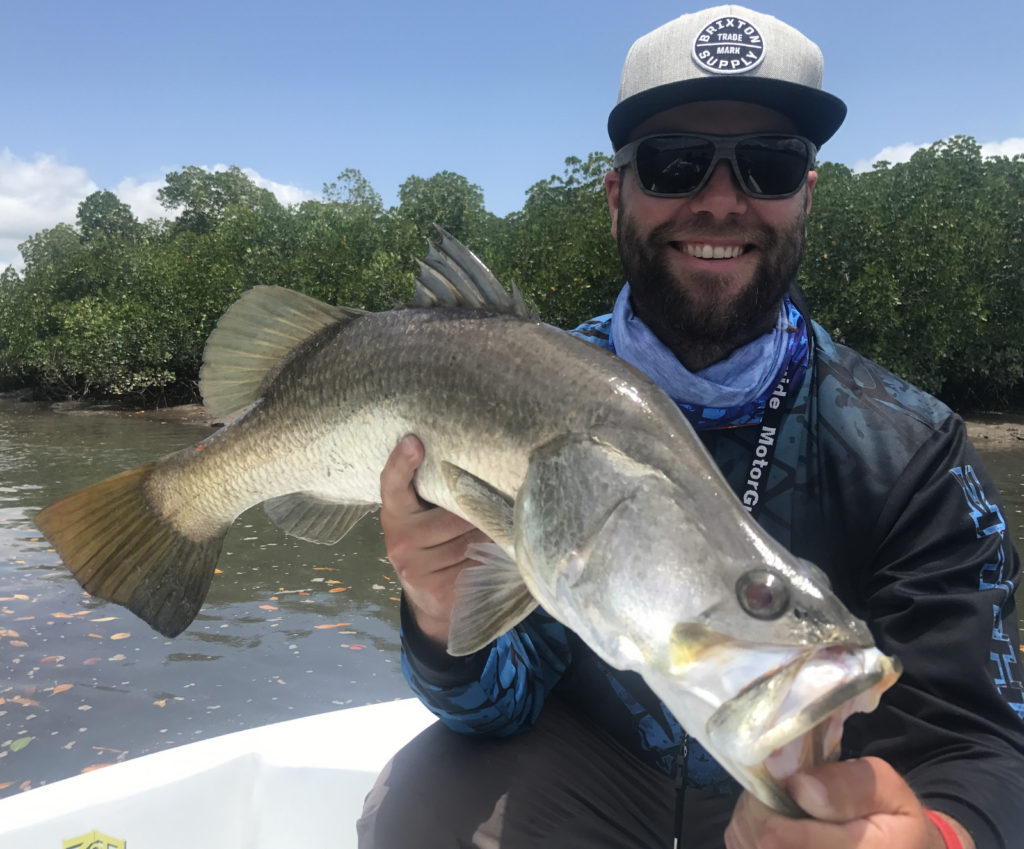 These fish are really great fun to catch and the fishing techniques are exciting. The best time to fish for Barramundi is during and after the big rainy season that soaks the state and northern parts of Australia while the southern parts are enjoying their nice sunny summer. This is during the months of December through to around February.

The best way to fish for these fish is to target what are known as “drains or drop-offs” as this is where you are sure to find them picking of smaller baitfish that are getting caught up in the rough water. Try flicking different coloured barra lures or live bait into these areas and usually you will find a monster barramundi hanging about. They are known to enjoying putting on an aerial show as they try to escape the set hook and this is a challenge for an angler of any experience level.

The holy grail of Barramundi fishing is being able to land one over a metre long. The should always be released though if caught this size as this is when they are at a strong breeding age and we always like to promote catch and release fishing and fishing for the future here on TomsCatch.

There you have three exciting reasons to head fishing in Australia next time you are enjoying a trip “Downunder”. We are excited to finally be offering fishing charters in the country and look forward to teaming up with many more boats in both the short term and long term future. If you are a charter boat operator please get in contact with us and share your interest in getting featured online.

If you are an angler looking to chase your next big catch then contact us and let us help you find the best charter for your dream Australian fish species. If you have an area in mind then just our search bar to find great boats in that particular area. All of our fishing boats in Australia can be found here.

Best of luck and Tight lines