Looking for a great spot to go fishing? If you’re a keen fisherman or just starting, there are endless possibilities in Cape Verde boat fishing. Now, you may be asking to yourself, where is Cape Verde? It’s an island group situated in the central Atlantic Ocean. The archipelago is about 385 miles off Dakar, wesntern Africa. There are plenty of possible fishing types whether you want to fish from the beach all the way to the depths of deep-sea fishing on a boat. 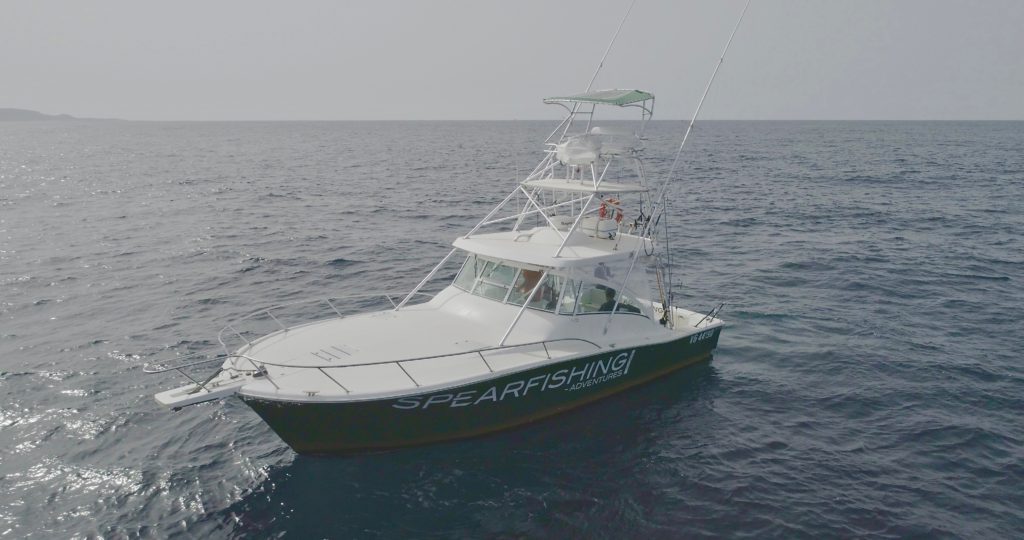 Cape Verde Boat Fishing in Boavista with “Big One”

Cape Verde is known as “big game” fishing territory. The crystal-clear waters hold some very special species which will put your reels drag to the test! There is a large variety and quantity of fish to catch.

Found mostly swimming around the Cape Verde islands, this predatory specie can reach speeds up to 90 kmph and grows up to 4.5m long! making it a very exciting fish to go after. It’s a family member of the sailfish family with its long spikey bill 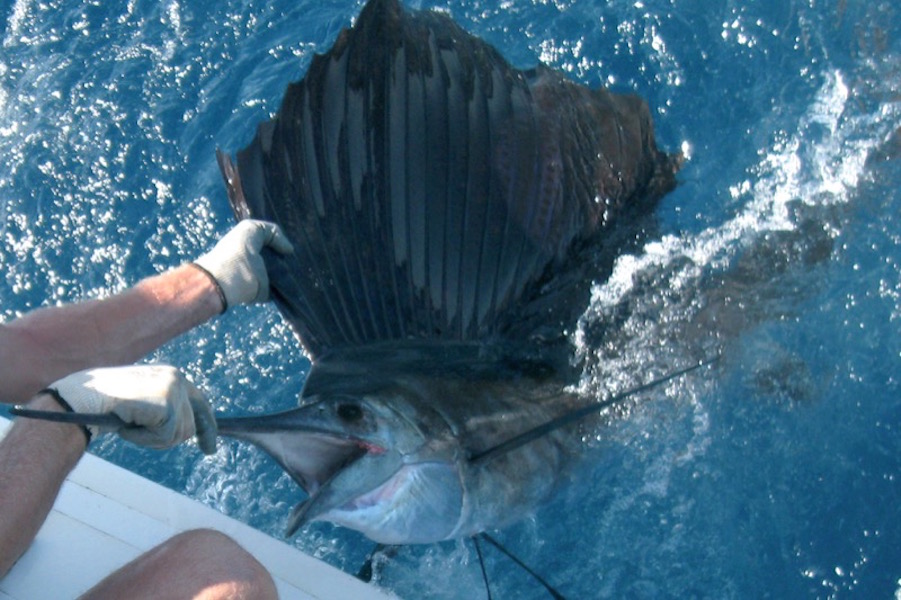 Like the Blue Marlin, its easily recognised for its large sail and long spear like bill. Another super-fast predatory fish that will destroy your lures in a flash! 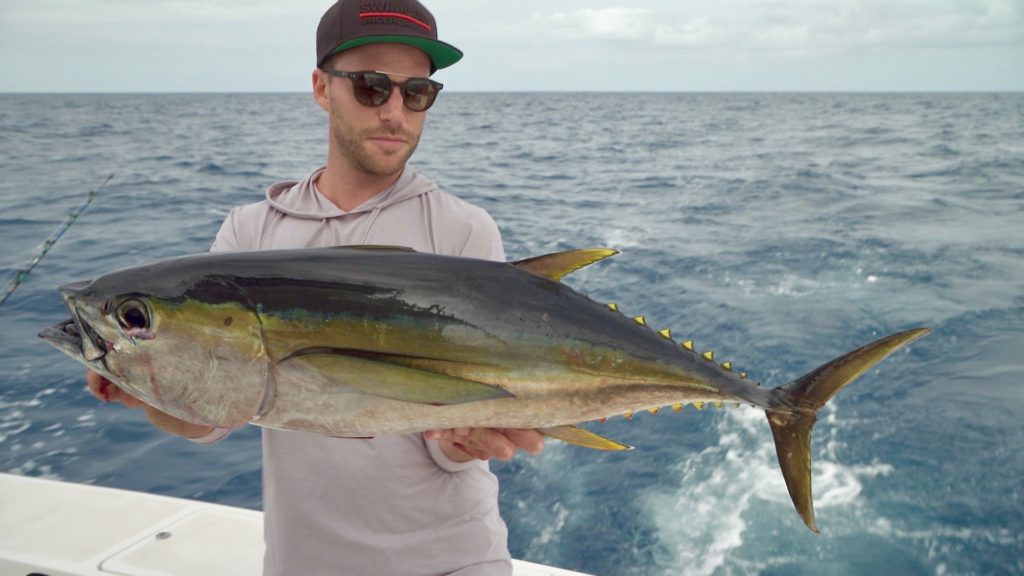 Part of the Mackerel family, this yellow silver bullet reaches lengths of up to 2 meters and will leave your reel screaming! 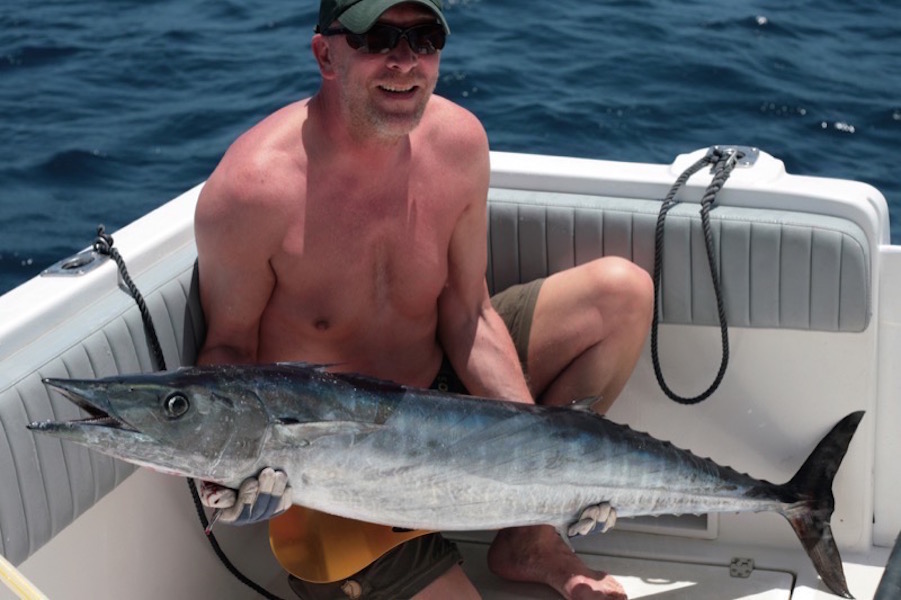 Trolling is the best technique to hook a wahoo

During your Cape Verde boat fishing tour you’ll make a big chance of hooking a Wahoo. Sharp teeth, streamlined bullet, can reach sizes up to 2.5 meters and has a massive population in the Cape Verde Islands. 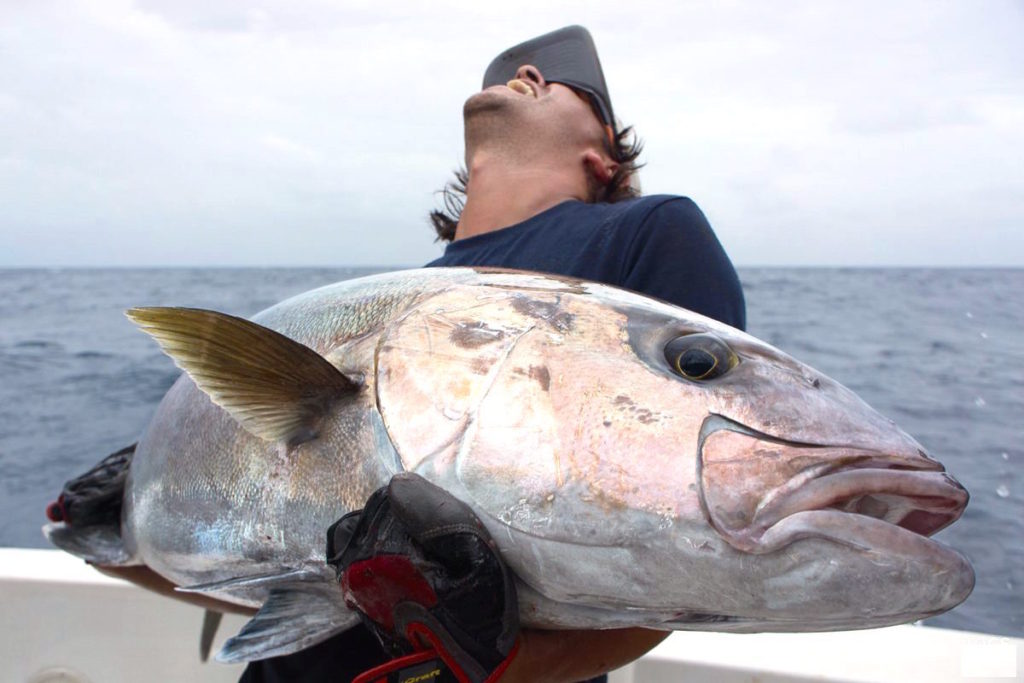 The most exciting fishing species of Cape Verde

This predatory ray finned fish is a popular specie that fisherman go for. They can grow up to 2 meters long and weigh up to 70kg so will give your rod a bend! 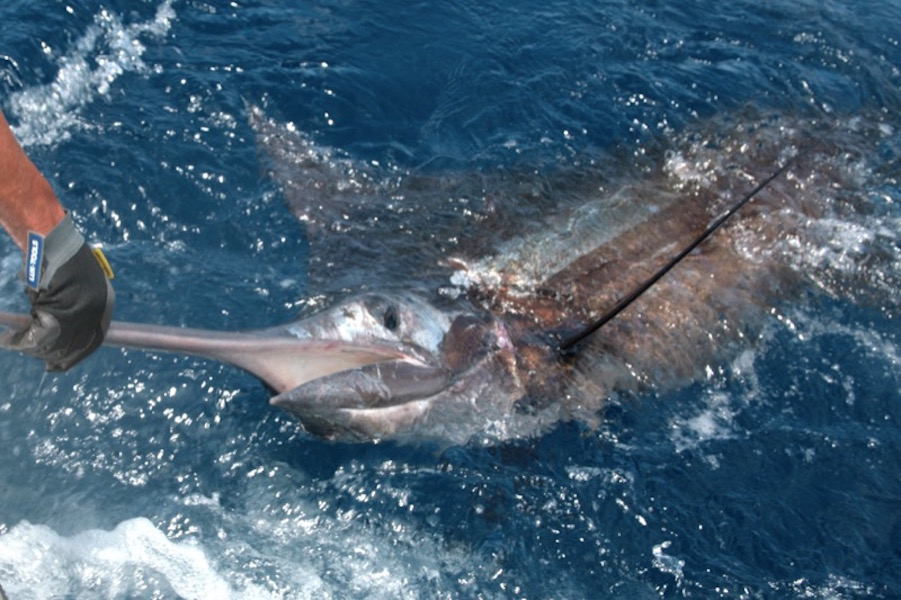 Blue marlin fishing in Cape Verde: a good & stable boat is a must for these waters

Cape Verde is one of the most prestigious Blue Marlin fishing destinations in the world! The turquoise sea, perfect temperatures of 23-26 degrees Celsius makes this a dream habitat for the Blue Marlin. You can fish for Blue Marlin year-round but peak season is April to early June which on some days, you can be getting loads of bites! You can still catch Blue Marlin up to October though and throughout the year.

You will be asking yourself, what’s the best island for Cape Verde Marlin fishing? that would be São Vicente and its near waters. These are the best waters to fish because the sea bed has interesting structures and drop offs which attracts small baitfish which then attracts these massive predatory fish. The most common method of fishing for these super speedy fish is trolling, that’s where the captain travels at 6.5 to 8 knots and staggers trolling lures behind the boat and you wait for a big hit!

Cape Verde is the capital of Blue Marlin fishing and you need to get yourself here to catch this powerful game fish. 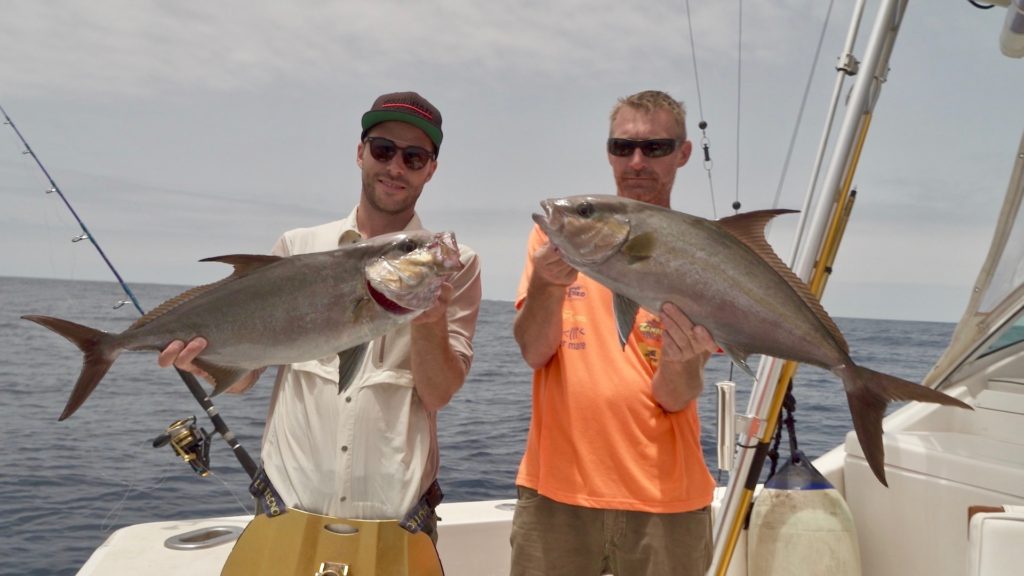 Jigging in Cape Verde is becoming more and more popular due to the fun and vast species you can catch when using this method. The islands best for this are São Nicolão & São Vicente. Due to the volcanic topography of the sea bed makes this technique a must and the results are worth it!

Jigging is where you select your lure of choice or the ones the captain has recommended and a heavy jig is needed due to the strong currents in these waters. The lures are then placed in the water and dropped 50-80m and the reel back up towards the boat in a up and down jigging method. This twitches the lure causing a pulse which switches the fish’s attention immediately and can cause you to catch a vast variety of fish species.

Species you can catch from wahoo, horse eye jack, black jack, yellowfin tuna, amberjack, cubera snapper, blue runner and grouper and they all vary in size so you may be lucky enough to catch a prize fish.

Reef fishing also possible all year round due to the vast variety of species.

January – February: Low season so good offers to be had, weather is its coldest but you can still see 24 degrees Celsius but be prepared as its very windy but sheltered parts can be found.

Late March – April – May – early June: Blue Marlin fishing season!! It’s a its best in May so book early to avoid disappointment!! You can see lots of excellent catch returns on these wonderful fish.

July – November/ December: Relatively calm weather; great for vertical jigging which you can catch large numbers of a huge variety of fish but there still is a chance of Blue Marlin which shouldn’t be forgotten. You can fish places impossible to reach compared to the rest of the year (ex. north side of São Vicente).

So, get yourself down to Cape Verde with TomsCatch and you won’t regret it.