Going out on a fishing trip in the French Riviera to come back to port to enjoy a fantastic lunch with extraordinary wine, is uniquely chic.

The climate is moderate nearly year-round and going out on a fishing trip in Menton, Monaco, Nice, Cannes, Saint Tropez, Le Lavandou or Hyères is the best way to discover the Côte d'Azur.

Inshore you can fish for reef fish such as snapper, seabream, jack, scorpion fish and nice predators like dentex, amberjack, seabass and pink dentex. Offshore, from April to October, massive tuna, skipjack and spearfish are caught drifting or trolling. 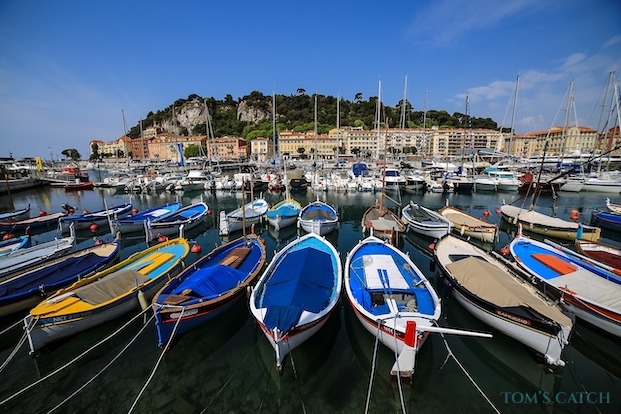 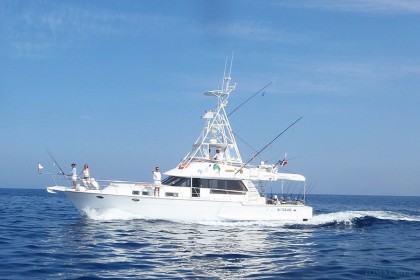 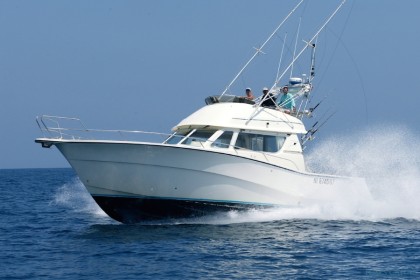 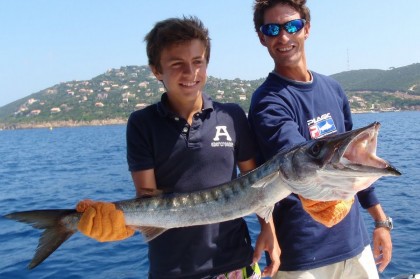 There is a vast variety of fish species in the French Riviera, ranging from small reef fish to massive offshore pelagic predators. Here are the top fish species from the Côte d'Azur.

In the French Riviera, dentex can be found between 0 and 200m deep, with the young closer to the shore and the old out deeper. Dentex feed mainly on fish, crabs, molluscs and their favourite, squid. You can deep trolling with natural bait to catch them. You can fish dentex practically all year, although April and May are usually very good months to catch them.

Bluefin Tuna (thunnus thynnus) can weigh more than 500kg, making it one of the most prized species by the fishermen involved in fishing in the French Riviera. You can fish them with the trolling technique from April to September or early October, though you can also catch them by chumming in July and August.

Fishing tuna in the French Riviera is a highly spectacular activity, especially catching fish between 20 and 100kg by casting poppers, jigs and other artificials.

The grouper fish is perfectly camouflaged to the reefs of the French Riviera, so the best technique to catch them is trolling natural bait (especially with a downrigger) and reef fishing with a live bait. Grouper can be found all year round.

The gilthead sea bream, its french name is dorade, use to come to coastal areas when the waters warm up looking for worms, crabs and molluscs. They like areas with sand and rocks where they use to hide. Gilthead sea bream are a very good eating fish.

Offshore trolling and spinning can be practiced from April and May. Using these techniques we can fish bluefin tuna, albacore and little tunny. Drifting or anchored you may catch dentex, grouper, jack, scorpion fish, seabream and snapper on the reef.

The French Riviera in summer is a good time to fish bluefin tuna by chumming sardines and mackerel for example. This technique can be done offshore. Inshore, life bait fishing in the French Riviera can be done by trolling or drifting using natural baits such as squid, mackerel or horse mackerel.

This is an excellent season for inshore trolling with small lures and feathers to fish for various species such as bonito, mackerel, little tunny and dolphin fish.

The winter is ideal for deep sea fishing and bottom fishing in the French Riviera. With deep sea bottom fishing (using electric reels), you can find a wide range of species such as the largest bream, codling, conger eel, grouper and hake.

All year round you can go deep sea fishing or reef fishing in the French Riviera, producing all kind of smaller reef fish such as jack, scorpion fish, snapper, sea bream and conger eel.

Visit great places in the French Riviera such as Cannes, Saint Tropez, Monaco and Nice.

You need a fishing license to fish in fresh water and salt water. The fishing charters in the French Riviera normally have the fishing license included in the price, so you don't need to buy one if you're chartering a boat.