The Ebro River is the second largest river in Spain, world famous for its immense possibilities for sport fishing. Fishing on the Ebro attracts thousands of European fishermen who go every year to Spain to fish for carp, catfish, zander and black bass. In addition to the freshwater species, you can also find saltwater species such as sea bass, bluefish and leerfish at the Ebro Delta in Deltebre and Riumar. 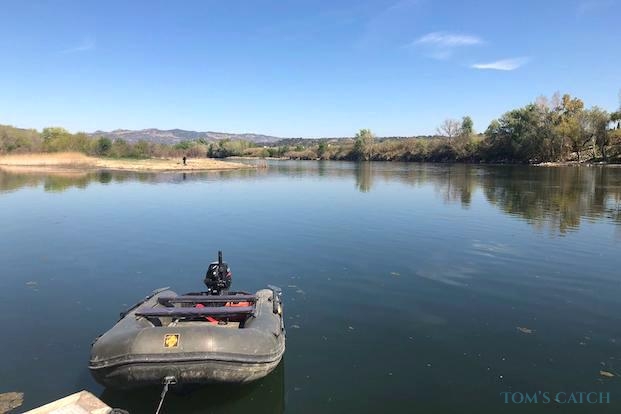 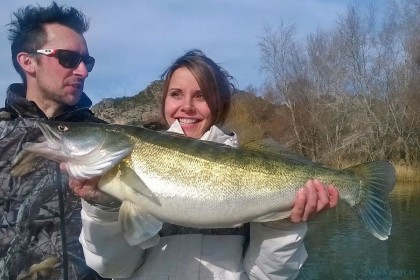 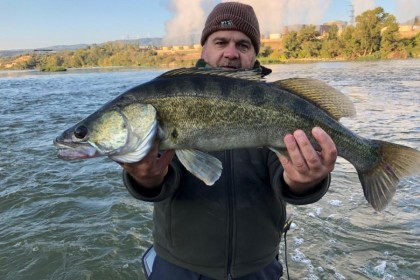 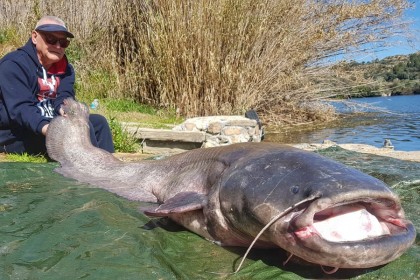 The Ebro begins in Fontibre (Cantabria) and crosses the rocky landscape of Burgos. It flows and meanders, becoming wider in Navarra, La Rioja, and Aragon where the fish become more plentiful. The depth of the river increases in springtime when the snow melts from the Pyrenees and swamps can be formed at Mequinenza, Ribarroja and Flix due to their low level. Downstream, the Ebro passes through Asco, Mora, Miravet and its medieval fortifications, Tortosa, Amposta, leading to the Mediterranean.

Most popular species of the River Ebro:

Catfish: The catfish is the biggest fish in the River Ebro and heavy fishing equipment is needed to catch them. Fisherman regularly catch catfish with weights of 50-100kg. In Mequinenza and Ribarroja, they can be caught with pellets and other lures as bait, although the fishing guides in the River Ebro recommend using live bait such as eel. The best time to fish for catfish is during the evening when they are at their most active.

Carp: Whilst it is popular to fish for catfish in the summer, Europeans prefer the winter for carp-fishing. The Ebro has a large population of carp with weights up to 20kg. Carp anglers use simple rigs to target them, most of them have never seen a hook in their life. Boilies, pellets, maize and more traditional baits such as corn, bread, potato and worm are great for carp fishing in the Ebro.

Zander: Fishing for zander has become very popular due to the fish growing in size during the last few years. The larger (up to 10kg) can be caught mainly in winter (December, January, February, March, April) and can be caught with both natural or artificial baits.

Black Bass: Also known as the American perch or large mouth bass, the black bass is well-loved by anglers and sport-fishers. They can be caught with live and artificial bait. Spinfishing and fly fishing are favourite techniques for most anglers using streamers,  soft baits, poppers, stick baits and other top-water lures.

Sea Bass: Sea bass live in the final stretch of the Ebro’s mouth, before it reaches the Mediterranean. In winter, fishing for sea bass in the river Ebro can be done using small lures. However, it’s recommended to release them once caught because in winter are full of eggs. During summer, the sea bass still remains active, but more so in the early morning and evening times.

Spring: Due to the temperatures rising during springtime, the ice melts from the Pyrenees, the water level rises and the warmer water triggers a bigger activity of fish. In fact, the fish remain active throughout the day, offering a great fishing experience on the Ebro. Early spring is the best time for Zander fishing.

Summer: During summer, fishing is usually most rewarding during the early hours of the day and evening. To fish for catfish, for example, it is recommended to fish from 16:00-17:00 until midnight.

Autumn: October and September are very attractive months for fishing in the Ebro, as the sun’s rays are not too intense and there is still a lot of activity on the river. Fishing on the Ebro offers quite some action even as temperatures are lower.

Winter: Although there is somewhat less activity at this time, it's still great for carp fishing, catfish fishing, zander fishing and bass fishing.

Hiking, cycling, canoeing are just a few activities the area of the river Ebro offers.

remember that the fishing charters normally have the fishing license included in the price, so you don't need to buy one if you're chartering a boat.