You’ve heard of the beaches, the gorgeous water, the luxurious golf resorts, but did you know that there is amazing sport fishing in Cadiz and southern Spain? Andalucia is a unique geographic zone which has access to both the Atlantic Ocean and the Mediterranean Sea, creating the perfect conditions for non-stop sport fishing.

Along the coast, from San Lucar de Barrameda, Chipiona, Rota, Puerto de Santa Maria, Cadiz down to Barbate, Tarifa and Sotogrande, fishing opportunities abound. The Straits of Gibraltar is only 14.3 kilometres (8.9 miles) wide and 900 meters (2900 ft) deep, and it is a major highway for pelagic fish species migrating throughout the year. 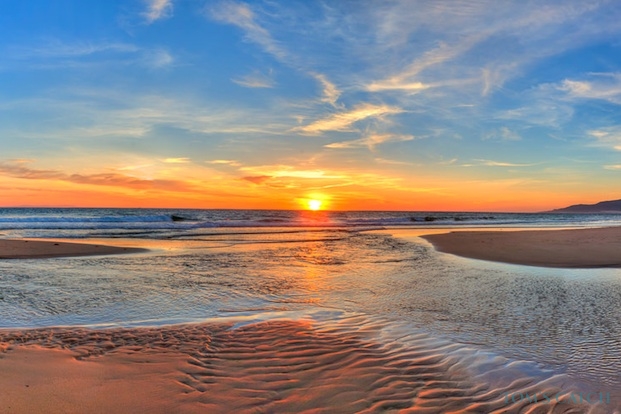 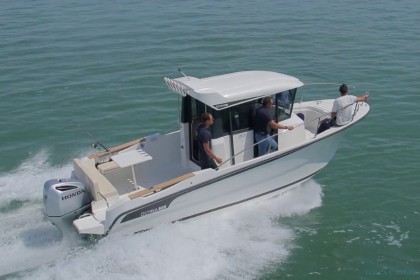 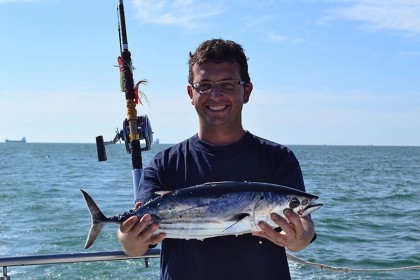 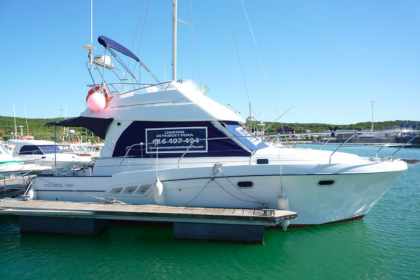 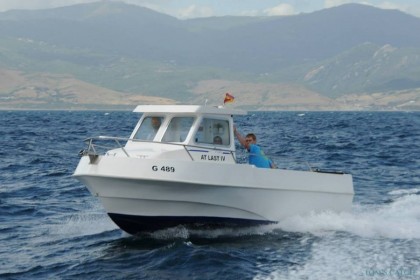 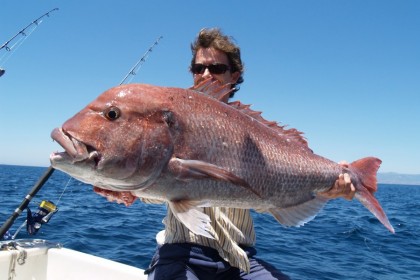 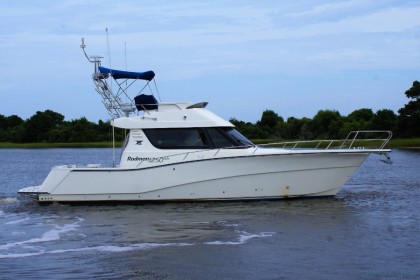 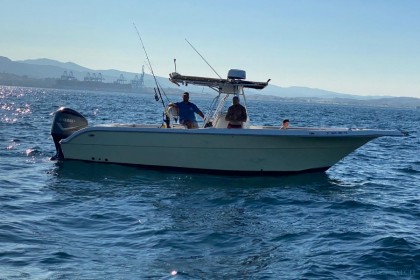 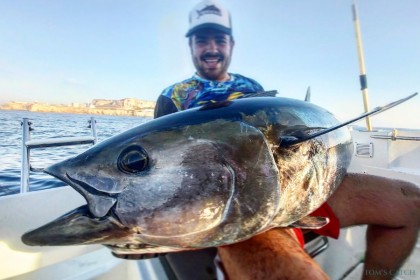 From 493,08 €
We recommend
Updated availability
See all Charters in Cadiz
Show Map

The Gulf of Cádiz is situated between Cape San Vicente of Portugal and the Strait of Gibraltar. The coast of the Algarve, Huelva and Cádiz have cliff openings and mouths that make fishing in Cádiz very interesting. The rivers like Guadalquivir and the Guadalete attract a lot of fish and in turn, small predators feed on them. Bass, meagre, bluefish and the gilthead seabream are the most prominent species here.

Fishing in Cadiz is ideal for jigging as there are countless reefs and stones which house large predators - it is best to fish in depths of 30-80m, especially in the area of Barbate and in the Gibraltar Straits. It is also possible to fish at greater depths, but strong currents force you to use heavy jigs (between 350g and 500g).

Spinning is also a technique that is very successful whilst fishing in Cádiz, producing fish like atlantic bonito, amberjack and bluefish with poppers and stickbait.

Pink dentex inhabit rocky areas or areas mixed with sand and rock in waters close to the coast from 0-200m depth. They tend to feed on bivalve molluscs and small crustaceans, hence the colour and taste of their flesh, which is white and compact. For jigging, you can use large plastic baits and metal inchiku. Trolling can be done all year round, however February and March tend to be the best months to catch pink dentex.

Bluefin tuna can be caught trolling from April to August, whilst drifting can also be caught in July and August. Casting can be very spectacular at this time of the year as you can often catch tuna of 20-100kg. This technique is also good with strollers, stick baits and jigs to catch large and irregular sized fish. The most well-known place for tuna fishing is without a doubt the Strait of Gibraltar. It’s also recommended by locals and is the ideal place to go fishing in Cadiz.

Whilst fishing in depths of over 15m, you can use live bait such as squid or cuttlefish to catch meagre. The fish are also attracted to jigging lures, rubber lures, inchiku or metal jigs.

Fishing in Cadiz from April and May is an ideal time to practice trolling and jigging at a good height for bluefin tuna, albacore and little tunny. Spring is also a good time to fish whilst drifting or anchored with live bait, to catch denton, grouper or tuna.

Summer is ideal for fishing bluefin tuna or white marlin by chumming in Cádiz and this can be done offshore within 30 miles of the coast, or by fishing in the Strait of Gibraltar. Closer to the coast, you can troll with natural bait such as squid, mackerel and horse mackerel to catch denton, pink detez, grouper or amberjack.

Autumn is an excellent time to fish along the coast by trolling with lures and feathers to catch blue marlin, Atlantic bonito, mackerel, melva, bacoreta and dolphinfish among others. It’s also a great time to fish in Cádiz for bluefin tuna whilst spinning.

This time can be great for background fishing and you can find blackspot sea bream, forkbeard, grouper and hake. February and March are very good months to fish for large pink dentex with natural bait such as squid, mackerel and horse mackerel. With this technique it is also possible to catch grouper, denton and amberjack.

All year round fishing in Cadiz

Deep sea fishing and reef fishing can be done at any time of the year targeting smaller species such as scorpion fish, gilthead seabream, meagre, jack, snapper and conger eel.

You need a fishing license to fish in fresh water and salt water. The fishing charters in Cadiz normally have the fishing license included in the price, so you don't need to buy one if you're chartering a boat.