Madeira, - which means wood in Portuguese - is an island located 400km north of Tenerife and 550km west of the country of Morocco. The island has a volcanic origin and there are peaks of up to 1860 metres. Madeira is known for its wine, the flowers, the great hotels, surfing and its the home of football great, Cristiano Ronaldo. 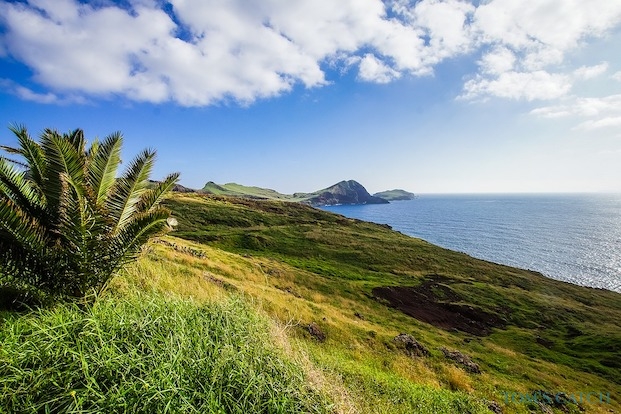 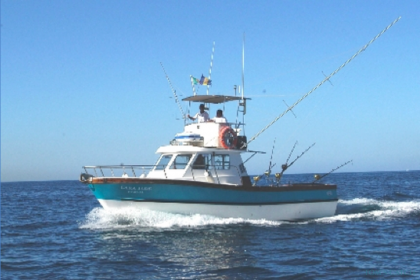 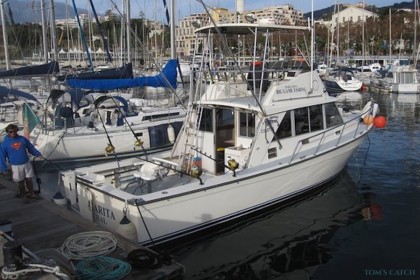 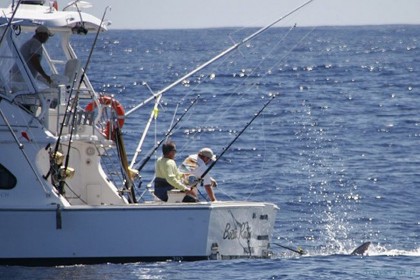 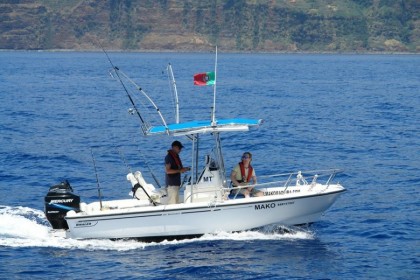 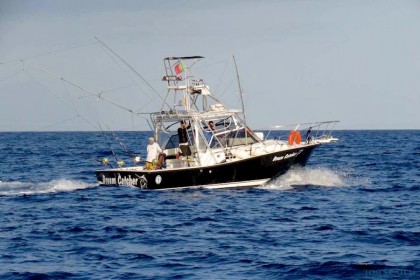 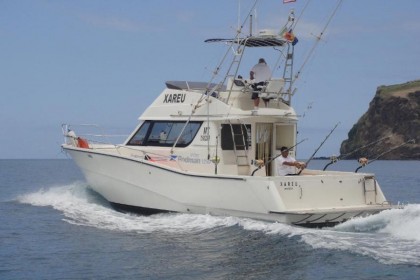 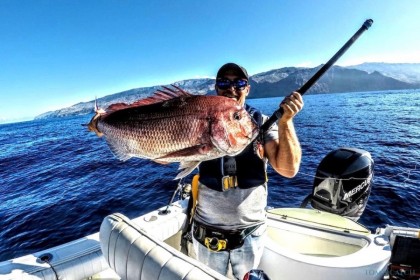 From 550,00 €
We recommend
Updated availability
See all Charters in Madeira

The archipelago of Madeira is situated southwest of Portugal, less than 400km north of Tenerife (Canary Islands). The archipelago consists of the Madeira island, Porto Santo and Desertas. The area was discovered by Portuguese sailors in 1419, today Madeira is a popular tourist destination known for its wine, flowers, landscapes and its famous fireworks displays.

Big game fishing in Madeira means targeting Blue Marlin. This fish is one of the most respected and well-known species around the world for its size, strength and power. Known for performing impressive jumps during the fight, Blue Marlin can reach a size of 4.3m and weigh more than 1200 pounds (500kg).

Fishing Blue Marlin is full of emotion and action, attracting thousands of fishermen from around the world each year, to try their luck at catching a Grander. Many world record-sized Marlins have been caught in the waters of Madeira.

Fishing in Madeira has earned itself much fame since the ‘70s when fishermen began to capture specimens of over 1000 pounds (450 kg). Every May, the first Blue Marlin reach the waters of this archipelago and fishermen go to these islands each season to put their skills to the test.

Billfish fishing in Madeira is always catch & release! After the fight, they are tagged and released alive to ensure the preservation of the species. The best place to fish them in Madeira is to the south of the island. Thanks to the high mountains of the island, the sea here is protected from the prevailing winds from the Northeast and North.

The average weight of the White Marlin is about 20 to 30 kg and they usually move in small groups in waters more than 100m deep. The White Marlin feeds on a wide variety of fish, cephalopods and crustaceans. The best time for fishing White Marlin in Madeira is between July and November and these summer months can also result in catches of species like the short bill Spearfish.

Bluefin Tuna and Bigeye Tuna can be found off Madeira between February and November; the best months for Tuna fishing in Madeira are October & November. Albacore and Yellowfin Tuna are around from October to January.

The Dolphinfish is highly sought after not only for its meat but also for its acrobatic leaps and its intense yellow colour. In Madeira, the best way to target Mahi Mahi is trolling with light tackle – and in certain areas you can also catch this predator chumming and spinning. Both techniques produce great results. Dorado fishing in Madeira is best between June and September (when the marlin is around)

This predator has razor sharp teeth and is found around the world in tropical and subtropical waters. Wahoo are famous for their impressive speed and prized meat. They can be up to two and a half meters long when fully grown and can weigh 83kg. Wahoo is mainly caught trolling with artificial lures.

The winter months in the Madeira fishing season are ideal for deep-sea fishing, you can have excellent sessions of bottom fishing or jigging in Madeira. The irregular and rocky bottoms are an attractive habitat for Red Snapper, Pink Dentex, Amberjack, Red Grouper, Mackerel and other sedentary species.

From the end of January, tuna fishing in Madeira starts slowly with the arrival of Bluefin Tuna and the patudos (Bigeye tuna), which are mainly caught trolling.

Big game fishing Madeira starts late May with the arrival of Blue Marlin and White Marlin. August & September are the best months. Other pelagic species like Wahoo & Dorado are also around when the waters are nice and warm around the island, just like the Algarve in Portugal.

Enjoy the local food in the hundreds of bars & restaurants in the area. Madeira’s nightlife, fine dining, perfect climate and spectacular scenery attracts more and more young travellers to the island.

For all your Madeira fishing trips, you need a fishing license to fish in freshwater and saltwater (also for Madeira beach sea fishing). The fishing charters in Madeira normally have the fishing license included in the price, so you don't need to buy one if you're chartering a boat.