Located in Mindelo, São Vicente - a northern island of Cape Verde - this fishing charter is a great choice for your next marlin fishing adventure. Our fishing day is at least 10 hours, when the fishing is good we stay longer out of course. We use to start the day between 6 and 8 depending on the bite time, tides and the preference of our anglers.

Our main goal is Blue Marlin. We practise a lot of stand up and pitch bait fishing which is always a great challenge for both anglers and crew. Besides impressive numbers of Blue Marlin you can catch Wahoo, Tuna, Sailfish, Jacks and Sharks on Cape Verde. The peak season is April to early July although a lot depends on several conditions such as currents, water temperature, winds, baitfish etc.

Generally speaking from July to November the marlin fishing might be less consistent than in spring, but the chances of catching blue marlin this time of the year are still high (especially if you compare to the Canary Islands, Madeira & the Azores). These months we combine the marlin fishing with jigging. The calmer weather allows to target the massive amberjack, wahoo, grouper & a lot of other reef fish on untouched fishing grounds in the north of the islands, normally inaccessible due to strong winds & waves.

The Smoker is a 37ft Bertram and has twin 450 horsepower Cummins engines which will bring you safely and fast to the best fishing grounds around São Vicente, San Antão or Santa Luzia. On board we have 80 / 50 lb Shimano Tiagra Reels, Rupp Rigger, Pompanette Fighting Chair, Custom Chair and Stand Up Rods from Texas (USA), Chair and Stand up Harnesses, Bluewater, Makaira and Black Bart Lures, Moldcraft Super Chuggers combined with Ballyhoos, Jigging Rods with Shimano Stella 20000, 30 lb TLD with Westin Rods, Dredges, you name it!

Flights: You can get daily to the Cape Verde via Lisbon (Portugal) or via the Canary Islands. There are also direct flights from Germany / UK / Holland and France. From the US you can take the direct flight from Boston or a conection via Lisbon or the Canaries.

15.00 % deposit paid on TomsCatch.com to block the boat, balance due directly to the captain:

Location of the charter Mindelo:

I want to know more about the fishing in Cape Verde

No reviews for the moment.
Over all
The boat
The captain
Fishing area
The fishing 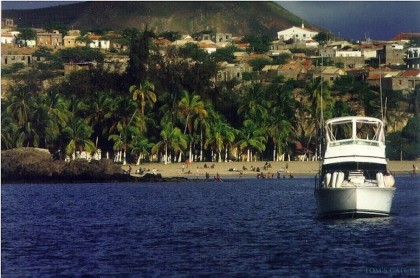 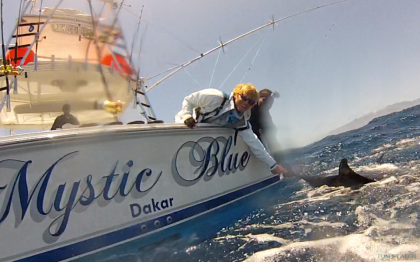 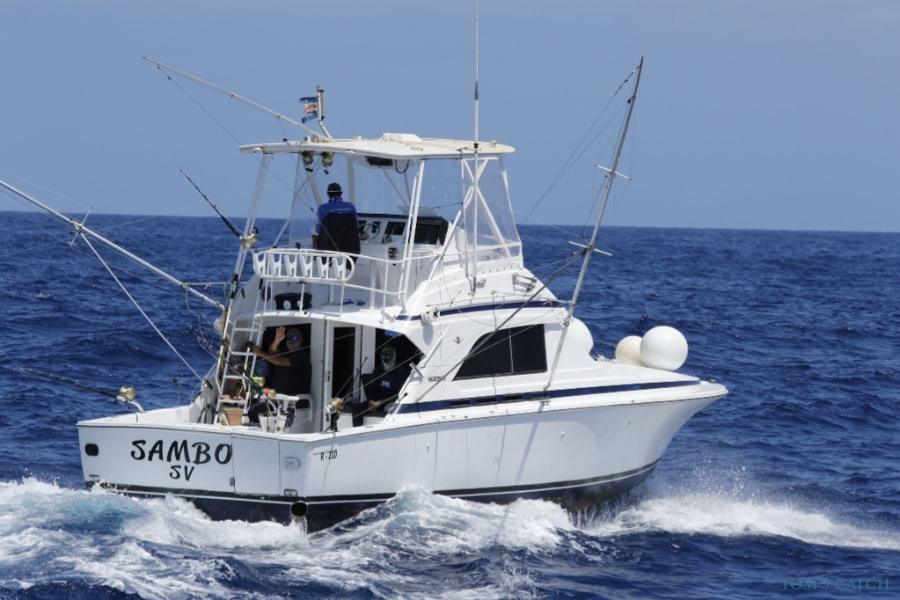 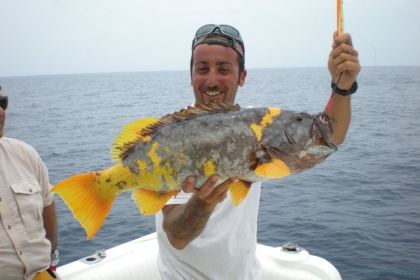 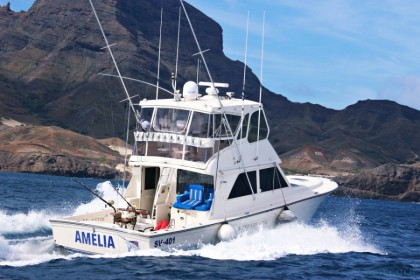 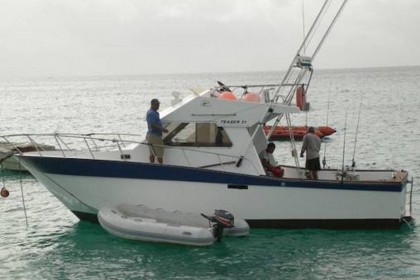 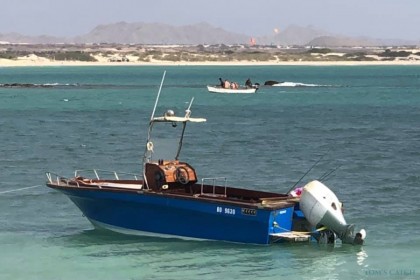 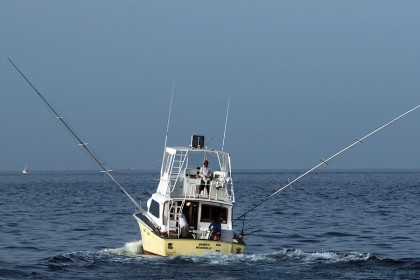