The channels between the islands and the great depths of abundant marine life make fishing in the Azores one of the most interesting activities in this archipelago. Of...
Read more..

The channels between the islands and the great depths of abundant marine life make fishing in the Azores one of the most interesting activities in this archipelago. Off shore there's tuna, marlin and shark. 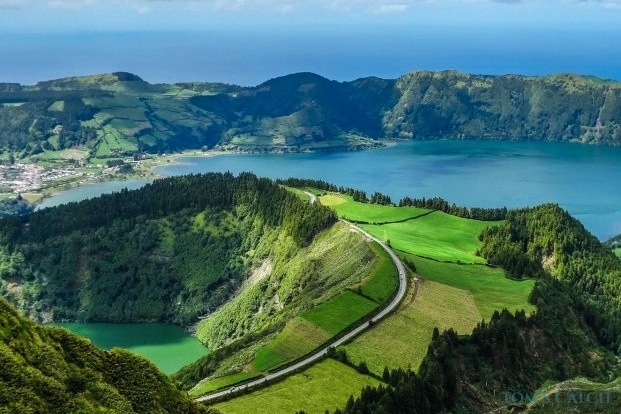 From 700,00 €
We recommend
Updated availability
See all Charters in Azores

The water can reach depths of 1000m and when fishing in the Azores, you can find huge fish such as blue marlin, white marlin and sometimes yellowfin tuna, swordfish and several species of shark (including hammerhead, the grey canabota and mako shark). Smaller species such as Atlantic bonito, albacore, skipjack, bluefish, wahoo and barracuda are also in abundance.

Fishing in the Azores has a wonderful old-world charm that is hard to find elsewhere. Nowadays, it is very easy to travel to the Azores with many intercontinental flights that connect the islands with the rest of the world, throughout the year.

Top Fish Species in the Azores

Blue marlin fish are huge and have immense strength, jumping out of the water during a catch. The excitement and action involved in catching them is what attracts anglers from all over the world to fish in the Azores. It is considered a great feat to catch a blue marlin, with the famous Robson Green once saying that catching the blue marlin whilst fishing in the Azores is like finding the Holy Grail.

In July, when the temperature reaches 22°C, the blue marlin comes from the south to feed at the abundant banks where there are sardine, anchovy and mackerel. The Azores are famous for the enormous blue marlins which have an average weight of around 230kg. The largest to be caught in these waters weighed almost 600kg.

The best technique for fishing marlin in the Azores is trolling with artificial lures at the water’s surface. Try to find areas of water with temperature changes as these are the places that marlin prefer to be in.

The bluefin tuna (also known as cimarron) is a fish of the scombridae family and its species can weigh up to 600kg, which makes it one of the most prized catches by a fisherman.

The Bluefin Tuna appears during winter when the waters are around 16ºC, although its presence is difficult to detect because it spends most of its time hunting at great depths. In recent years, the amount of bluefin tuna has increased and some of them can weigh over 500kg.

Tuna with big eyes often swim in tropical waters and can reach 250cm in total length. They usually weigh between 50 and 80kg, but some can weigh more than 130kg. Other tuna such as the albacore and skipjack are also common in the Azores and during August, beautiful yellowfin tuna visit the islands when the water is warmer.

Often living in rocky areas, the largest grouper can often be from 1m in length and weigh more than 40kg. Groupers are usually found among the seabed of the Azores and so the technique to catch them will be to anchor in and troll or to use natural bait. These fish can be fished all year round, weather permitting. You can fish with live bait or using the trolling technique, as well as using jigging.

Amberjack fish are blue on their back and white on their belly (although some may have a yellow tone). They have three fins and a dorsal, and can measure up to 160cm and weigh 60kg. Similar to a grouper, amberjacks are a sedentary species and can be fished with live bait, drifting or trolling. Perhaps the most interesting way to fish amberjack is using the jigging technique.

Fishing in the Azores during autumn is ideal for catching different species of tuna and, at this time, you can practice deep sea fishing.

From the end of autumn through to winter is ideal for background fishing in the Azores to capture all kinds of rock fish. By jigging, you can catch amberjack, grouper, barracuda and bluefish. Winter is also a good time for fishing bluefin tuna as the water around the islands is around 16°C.

The best time for fishing in the Azores for tuna is during the months of May and June.